Design Challenges for Two Dental Practices Under One Roof 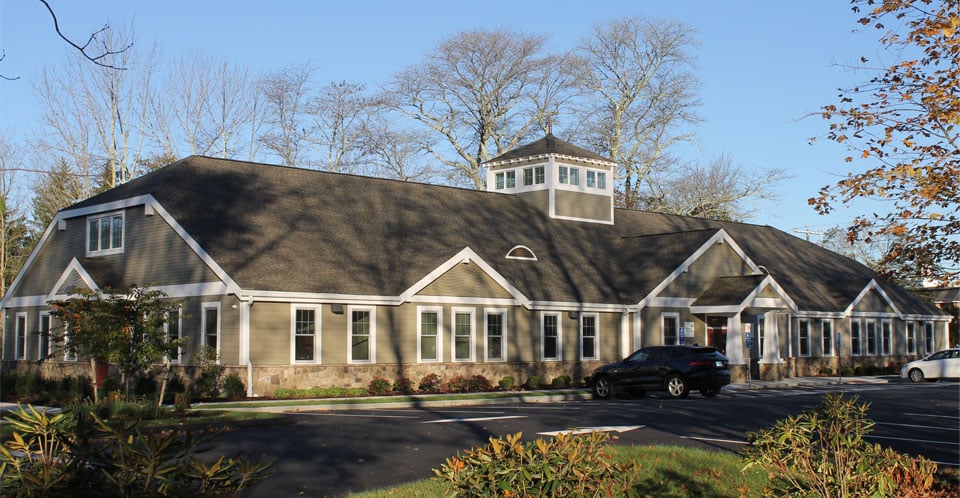 Completed in October of 2017, the East Lyme dental office building located at 156 Boston Post Road was designed for two separate existing practices and was met with its fair share of challenges.  Both the orthodontic, Kozlowski Orthodontics, and pediatric dental, Children's Dental Associates, practices committed to relocate their practices to a more centralized location within the town and formed a business partnership to construct the building. The new site has proximity to the high school and middle school and has more visibility in general. The 9,000 sf building is divided equally. The site configuration had limitations as to how to place the new building on the site based on the town's requirements and the concern for the traffic exiting onto an already busy Boston Post Road. We were also met with the challenge of being the first new commercial structure within the recently approved Gateway Planned Development District. Specifics related to the GPDD and an expedited schedule are discussed in this recent blog article. We were hired by the construction management firm, Colliers International, who represented the two practices during both the design and construction process.

The design process for the project began with old school bubble diagrams highlighting each of the practices’ general space plans based upon the programs received. The size and shape of the building was agreed to with input from the Zoning Officer and the individual practice design details moved forward from there. Below are images showing the design process starting with rough bubble diagrams, advancing into more detailed hand sketches, and eventually becoming the hard line construction floor plan. 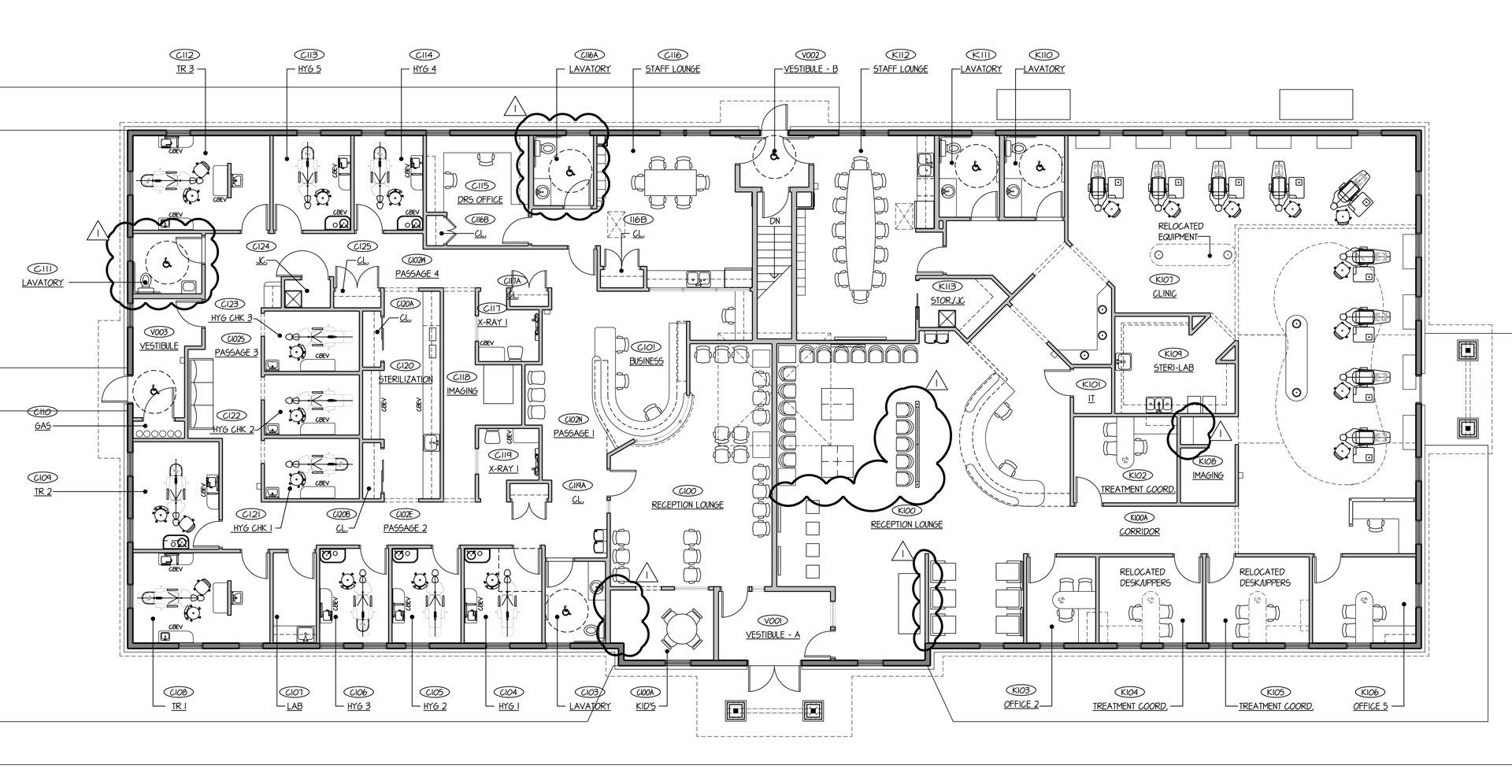 Throughout the process, combined team meetings were held to address building wide design issues and separate meetings were held with each practice. Building specific approvals included the MEP systems for the building, use and assignment of common space, the exterior design and traffic flow within the building, as well as on the site. The pediatric practice had concerns with small children being on the site with delivery trucks and a large volume of cars. The orthodontic practice had concerns with their later hours and the safety of the staff when leaving in the evening. The building orientation on the site created a direct North/ South exposure which can wreak havoc on stabilizing the HVAC in the building.

Individual design meetings addressed each practices priorities and had their own unique challenges from patient flow to complying with current HIPAA regulations within their suites. Active listening to each of the practice’s challenges resulted in creating layouts that maximized their efficiency to care for their patients while creating an aesthetically pleasing and calming atmosphere.  Each practice had its own decision making process and level of team involvement. Compromises were made within each team in order maximize the design. Navigating the process with the two groups was very specific but as professionals it is not something too uncommon on any project. Continuing with the “branding” for each practice was also important. There was also a need to maintain continuity for patients that would be seen in multiple offices and staff that would be working in multiple office locations. Below are examples of interior finish selection boards we prepared for our clients to review. 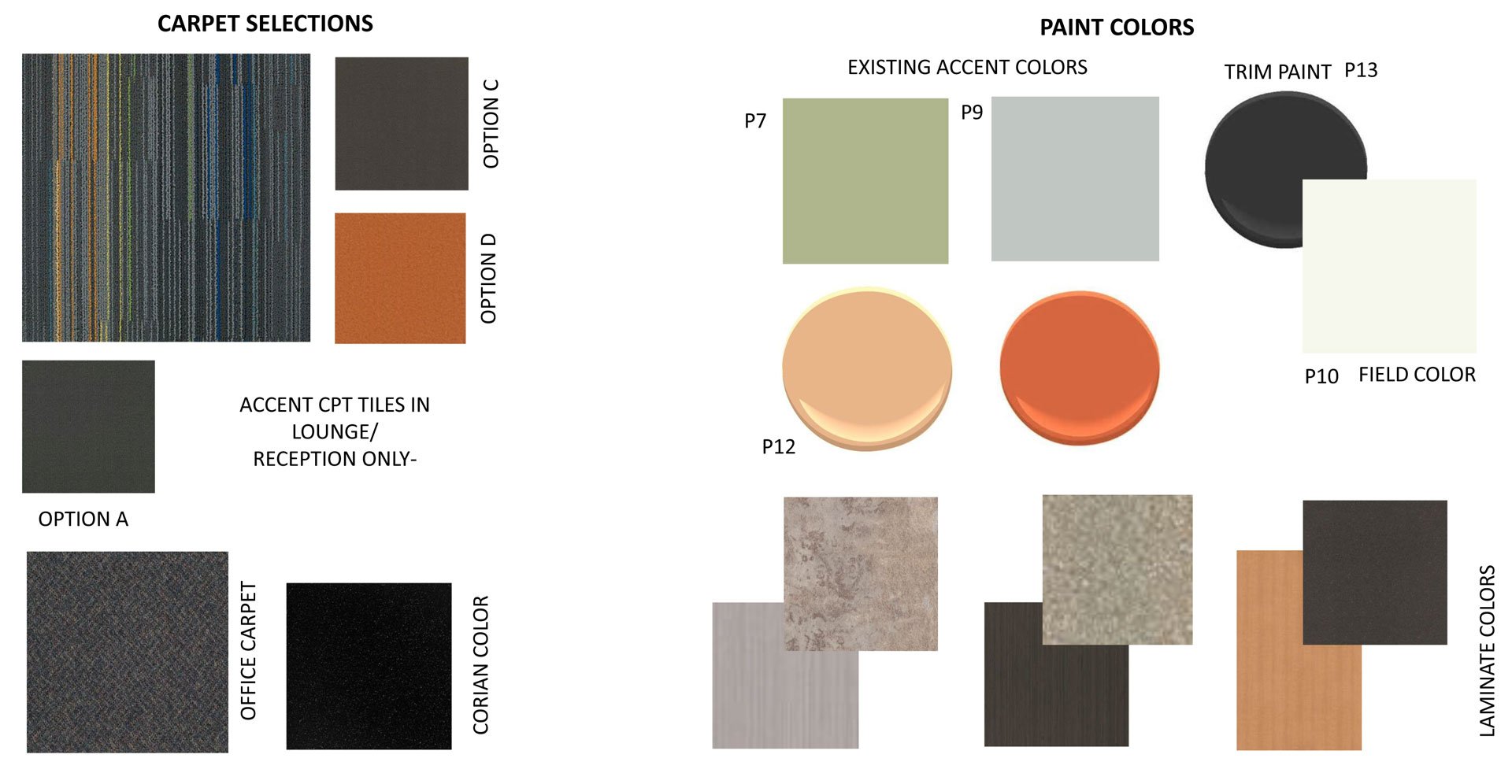 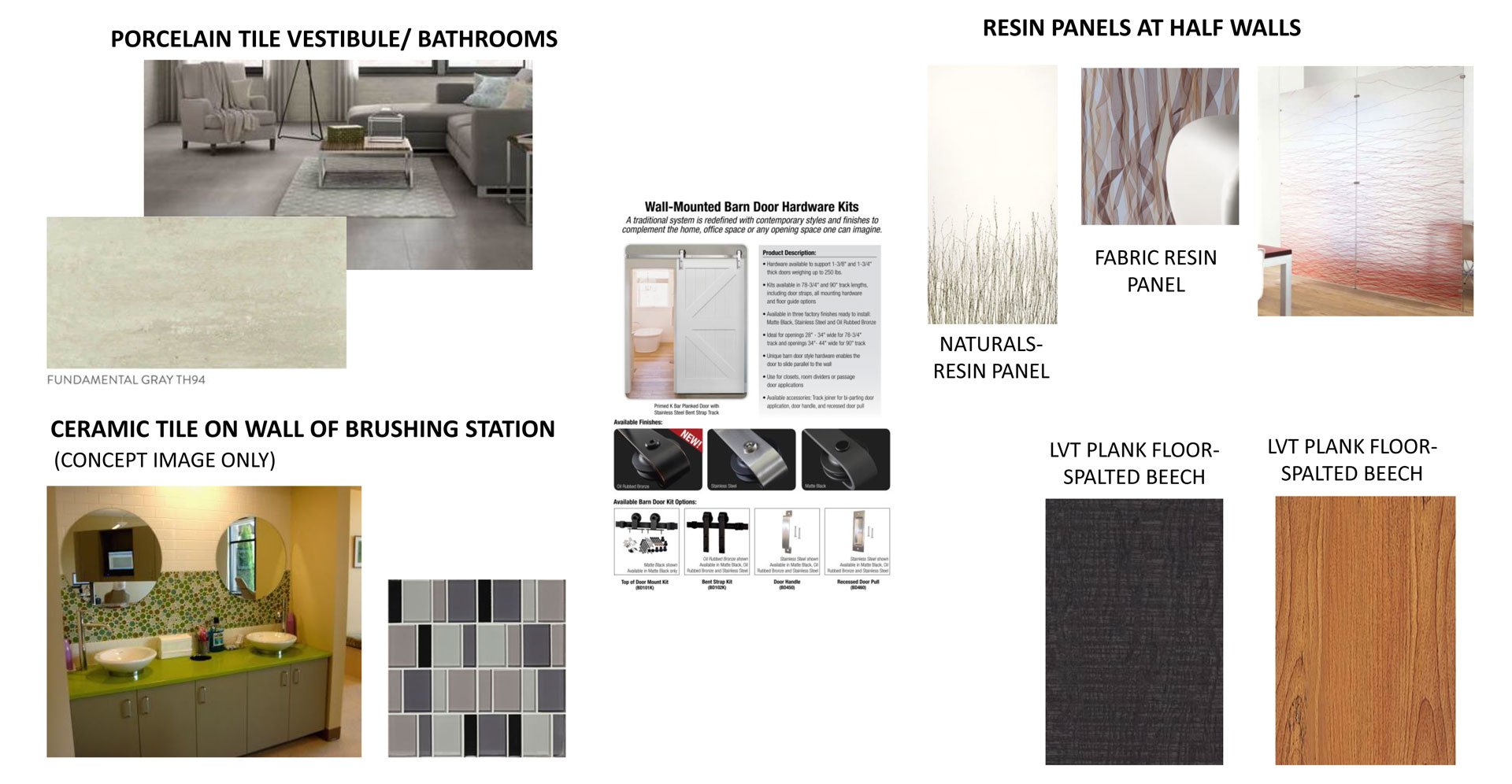 Overall, a very successful project for both practices!