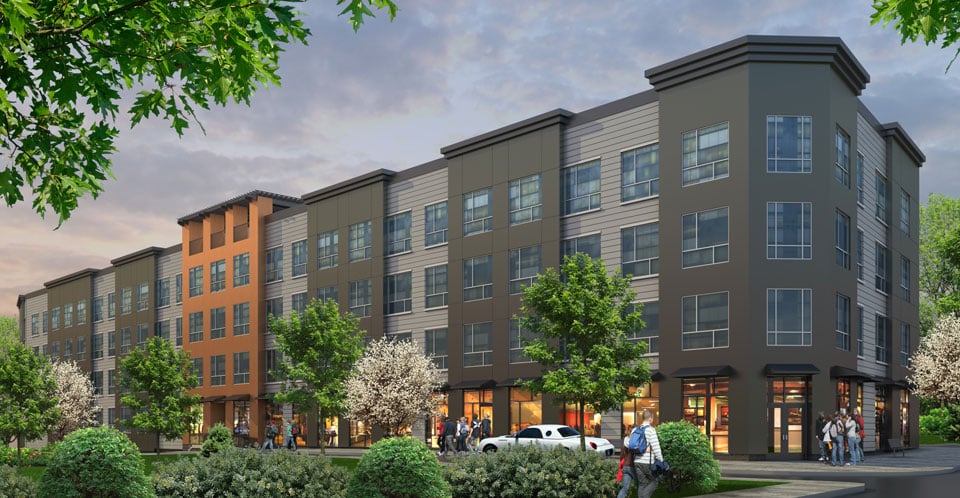 The City of New Haven has embarked on a 30-year plan to unlock the potential of the gateway district between downtown New Haven and the Hill neighborhood. As the first major step in redevelopment, a team led by development firm RMS Companies was sought to create a mixed-use building on four underutilized plots adjacent to Amistad Park.  RMS selected Kenneth Boroson Architects to design a 4-story building on the site which formerly held the Prince Annex School and surface parking lots. 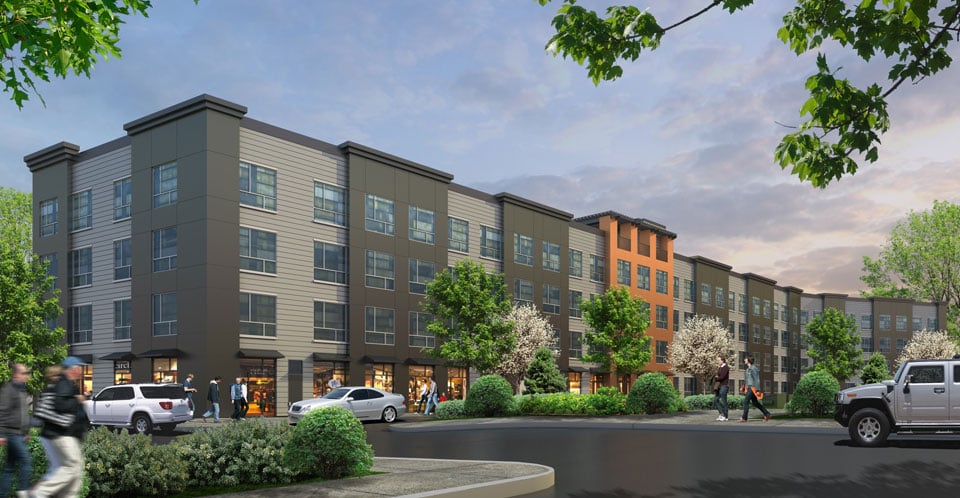 Adjacent to historic Union Station, the 11.6-acre area between the Hill and downtown has languished since urban renewal-era planning resulted in widespread land clearance and the construction of Route 34 over 50 years ago. The introduction of the Oak Street connector isolated the two districts and left behind a fragmented and dysfunctional street network. The Hill-to-Downtown Community Plan envisions a dramatic transformation of the desolate expanse into a vibrant, walkable, mixed-use district with new public spaces. 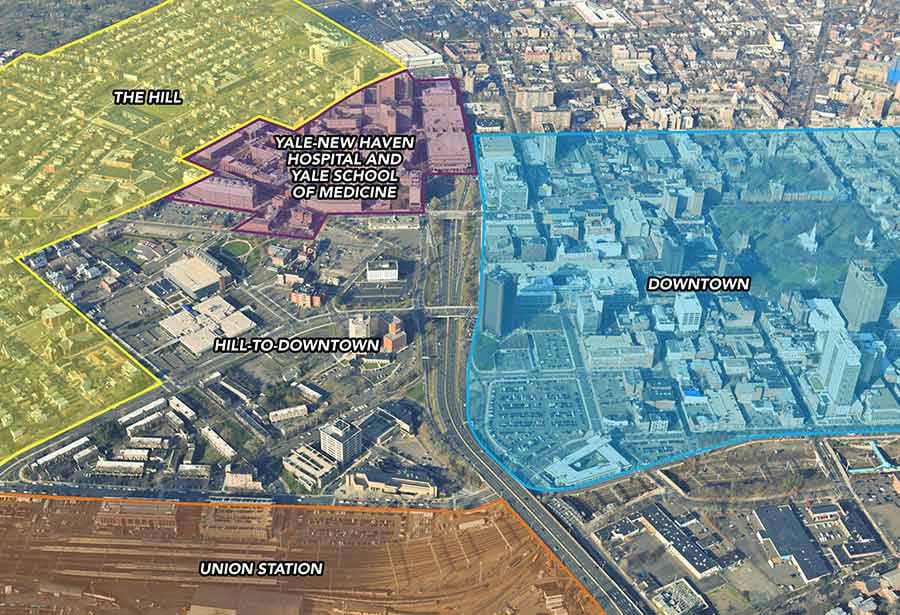 Located on corner of Gold Street and Washington Avenue, Parkside City Crossing aims to create an immediate urban setting that will define the street and increase the safety of the neighborhood. The surrounding buildings include Yale laboratories, medical office buildings, and a church, which only operate during working hours. Due to the residential housing and retail space, the new development will increase the pedestrian traffic during all hours, and consequently liven up the area.

Our design scheme pulls the building up against Gold Street to create a more activated street front. By following the curve of the street, the new design maximized the number of units in the building due to the increase in proposed amount of parking available. This iteration of the design not only pleased the developer but also furthered the Community Plan to enliven the neighborhood. The City Plan Department also appreciated the more urbanist nature of a building fronting directly on the street instead of away from the street with parking in between. 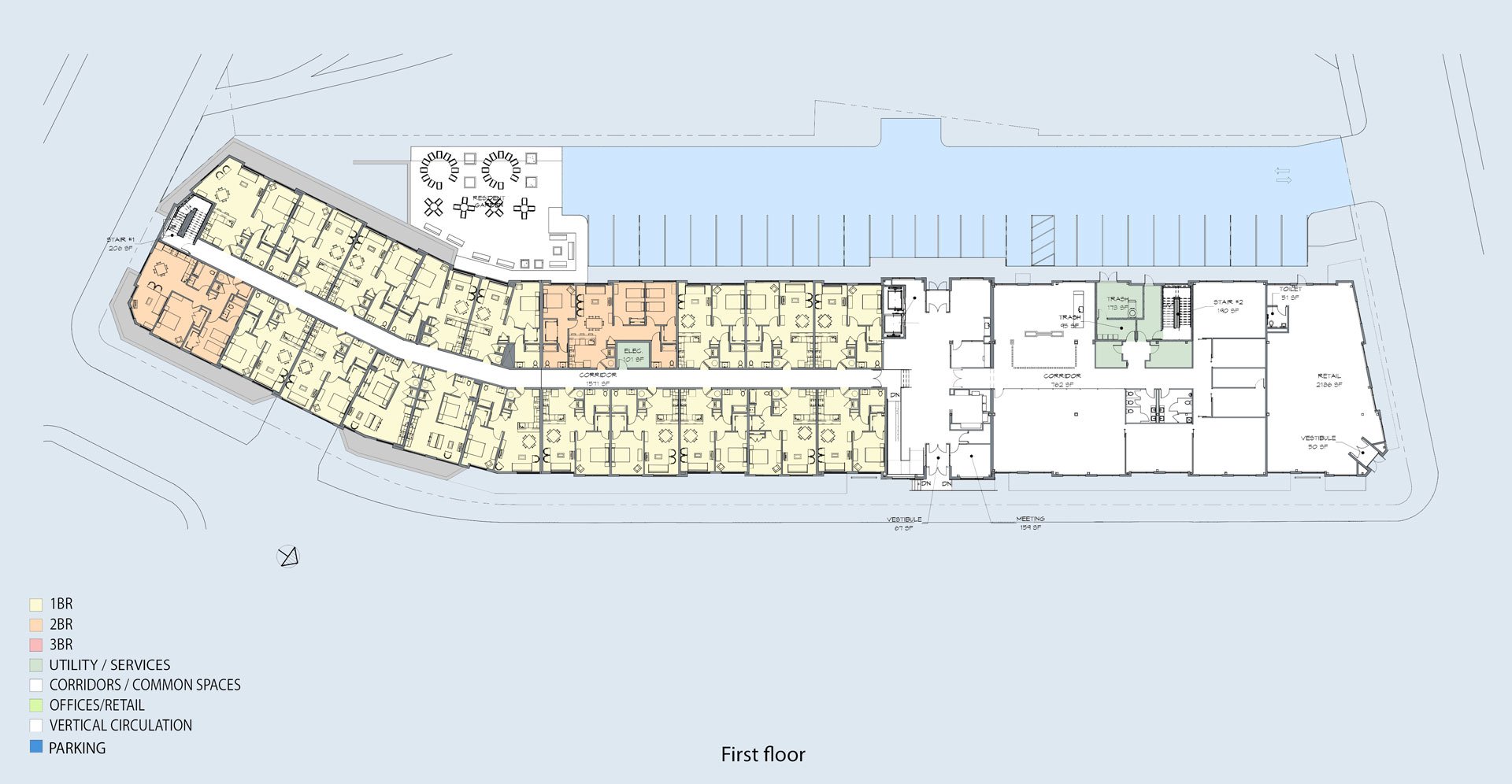 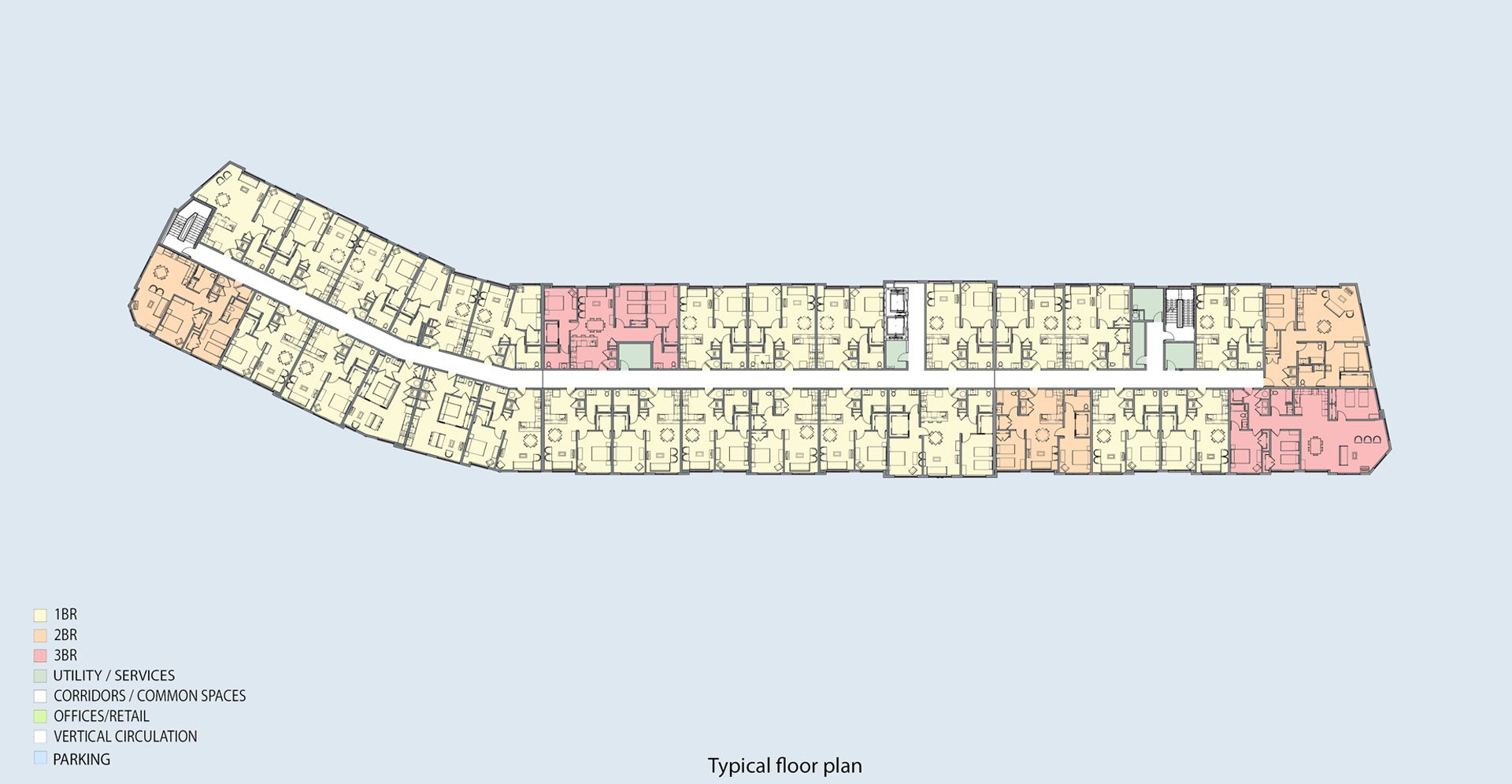 The new development will include 110 apartments and stretch longer than a city block at 450 feet in length. In addition to approximately 2,350 square feet of retail space, the first floor of the building will include resident amenities such as a fitness center, recreation area, and a library. The unique topography of the site allows for an underground parking garage for residents as well as a surface parking lot to service the commercial retail space and leasing activities.

Given a specific palette from RMS Companies, our office was tasked with creating a design of visual interest while using an economic material of cementitious siding and paneling. To create variation, the façade was designed with bump-outs that alternate from a smooth vertical siding to a textured lap siding at the inset bays. The variation creates a rhythm that works with the street to provide the illusion of divisions within the lengthy building elevation.  Additionally, the front and rear residential entrances are designated by a more elaborate insulated metal panel system to provide pedestrians a visual cue of entry. 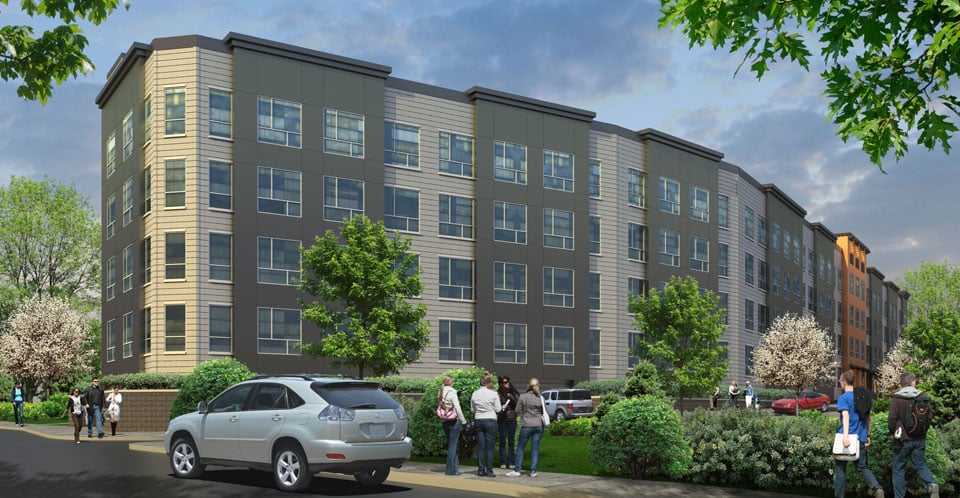 Construction is already well underway with occupancy expected this spring. The building is designed with a steel and concrete podium at the first floor deck. Four stories of wood frame construction sit atop the podium. In an effort to maximize construction efficiency in the field, the walls were built as a panelized system in a shop and assembled on site with the prefabricated floor and roof trusses. Below are some images showing how construction has progressed over the past year.

As a pillar in the extensive Hill-to-Downtown Community plan, Parkside City Crossing is anticipated to be a pioneering development. The residences, retail spaces, and amenities will ignite activity in a neighborhood that has been underutilized for half of a century. This project, as well as the upcoming developments on adjacent parcels, will help to interweave the isolated districts of New Haven into a cohesive, vibrant community. We look forward to seeing these exciting projects move forward and to seeing the growth of this neighborhood.