Holland Hill School: Taking a Good School and Making it Even Better

Following up on the successful project at Riverfield School, the Town of Fairfield hired Kenneth Boroson Architects in 2016 to design an additions and alterations project for the Holland Hill Elementary School.  Our office was awarded the project after completing an RFQ and RFP process overseen by the Building Committee and the owner’s program manager Colliers International.

Built in the 1950’s and receiving a major addition in the 1970’s, Holland Hill School was in need of upgrades to the campus and additional space.    Working with the local project team, our office helped to develop a project scope that included:

Above is an image showing the existing school (left) and the proposed, expanded facility (right).  As the project scope was refined, the design was developed and documented using Revit software.  Using three dimensional design software was critical to determining how to fit all of the new systems into tight existing spaces.  Scope items such as added spaces are driven by meeting both current and projected student enrollment.  This project has been designed based on a 504-student capacity.  Items such as accessibility and security upgrades are motivated by creating a safer and more inclusive school environment to benefit students, faculty, staff, and the Town.  Other upgrades to building systems are based on bringing a 60+ year old building into today’s world.  All design elements needed to be based on the ability to build them in an occupied school over the course of a phased construction project.

Our office was retained in April of 2016, shortly after the formation of the Building Committee and hiring of the owner’s program manager.  Gilbane Building Company was hired as the construction manager early during the design process.  During design, all contracted parties worked together with the Building Committee and Fairfield Public Schools to develop a project scope that met the overall project goals and could be built for a budget that the Town would be able to support.  An iterative design process proceeded in a parallel path with multiple cost estimates that were prepared by both the construction manager and a third-party cost estimator on the design team.  These estimates were reconciled to help hone the scope and budget for the project.  As a result of this careful cost control during design, the bids for the project came in under budget and bid alternates for optional scope items were able to be included in the approved construction scope of work. 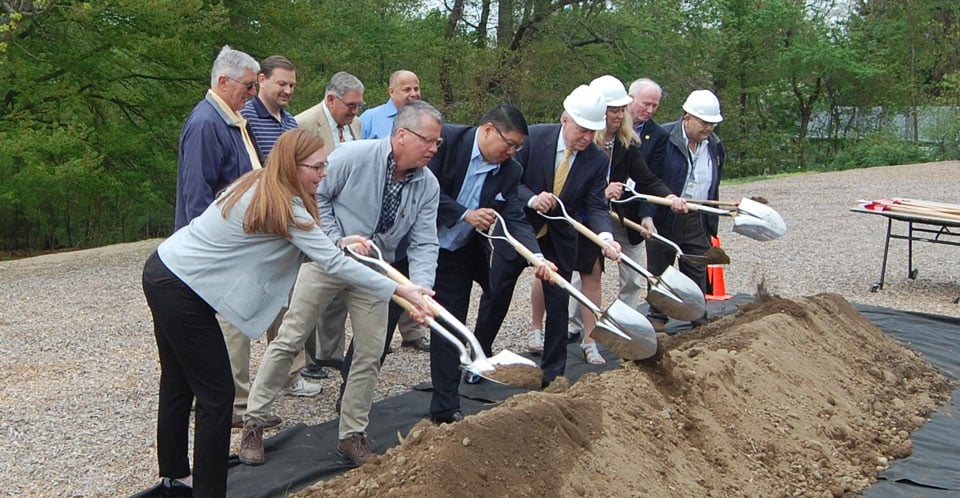 The project was put out to bid in February of 2018.  Construction started in April of 2018 and will be complete for the start of the 2019-2020 school year this fall.  Ground was officially broken in May 2018.  The photo above shows the First Selectman, Superintendent, School Principal, and members of the Building Committee and Board of Education taking part in the ceremony.  The new classroom addition was completed over the 2018-2019 holiday school break.  One of the existing classroom wings was recently completed over April break.  Work continues in the kitchen area addition and has started in the gymnasium.  Summer 2019 will be very busy with work focusing on the remaining existing wing of classrooms and work in the administrative area.  Installation of new playground equipment is also coming up soon.

Below are photos from throughout construction.  We are excited to see this project move forward.  We are also proud to be a sponsor for the Holland Hill PTA’s first annual walkathon.  This event will raise money to purchase furniture and equipment for the new courtyard.  Here’s to a sunny day and good luck to all the walkers!