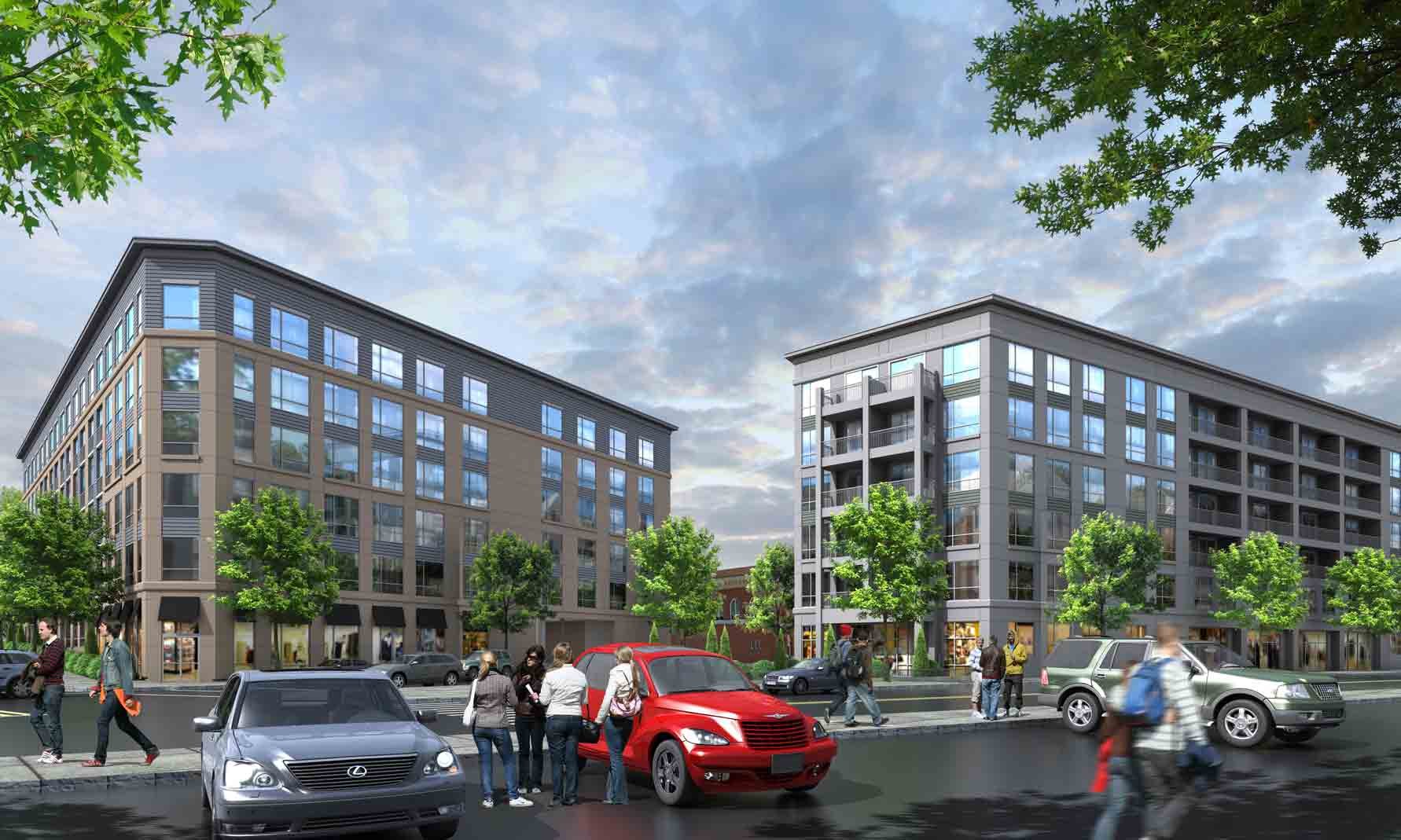 In the fall of 2017, Kenneth Boroson Architects was retained by RMS Companies to design two mid-rise apartment buildings as a part of the City of New Haven’s Hill-to-Down Community Plan. Expected to be completed in late 2019, the two new multifamily residential developments will be a significant step forward in the city’s mission to transform the underused stretch between the Hill neighborhood and Downtown New Haven.

Since the construction of the Oak Street Connector almost 50 years ago, the Hill-To-Downtown neighborhood continues to be burdened by the scars of urban renewal land clearances which left the district punctuated with large surface parking lots. The two proposed apartment buildings, referred to as “Parcels 9 and 10” will constitute the second phase of developer Randy Salvatore’s plan to transform the desolate area between Congress Avenue and Church Street South into a dense, revitalized neighborhood of apartments and amenity spaces. 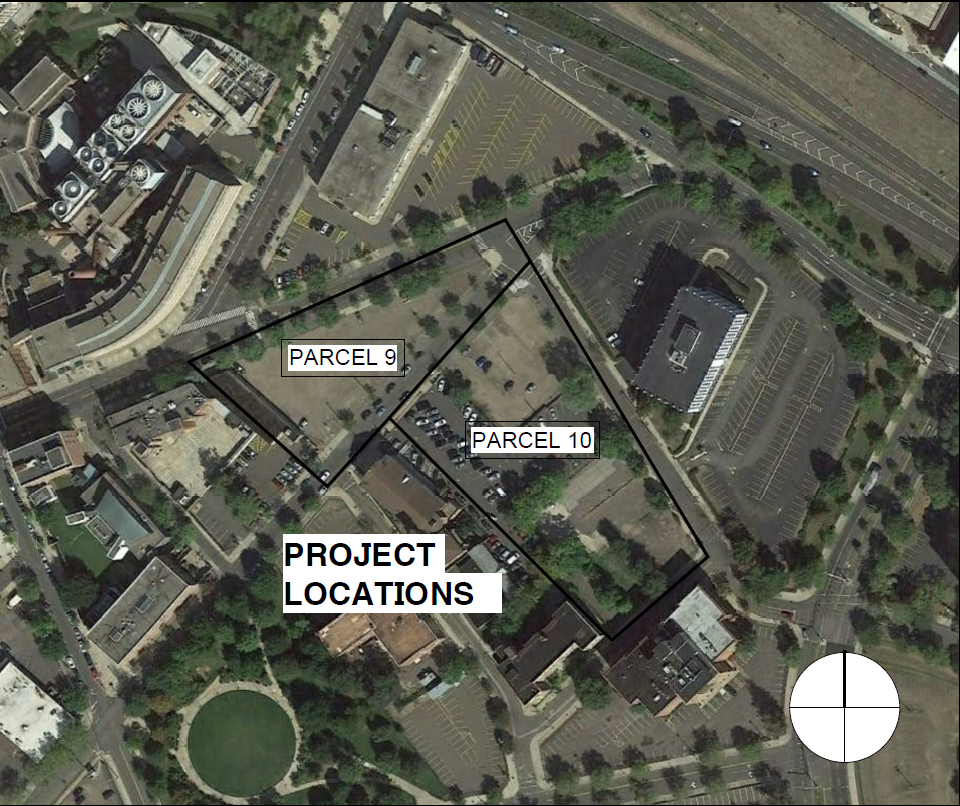 Like siblings, the two buildings resemble each other but are not identical. Sharing the same large 8 x 8 windows, Parcels 9 & 10 are easily recognizable as related, however, the use of materials on each development sets them apart from each other. Specified by RMS Companies, the same palette of cementitious siding and paneling will be used for both buildings but the different use of horizontal and lap siding patterns will provide differentiated façades. Additionally, separate colors schemes, two hues of gray on Parcel 9 and blue and tan on Parcel 10, will also be used to further distinguish the buildings.

While designing Parcels 9 & 10, Kenneth Boroson Architects aimed to create an immediate urban setting by defining strong street edges of Congress, Washington, and Lafayette with the new developments. Pulling the buildings tight to the street also maximized the number of the units in each building based on increased parking availability. A glass fronted lower level can be utilized as potential commercial space when there is future demand. 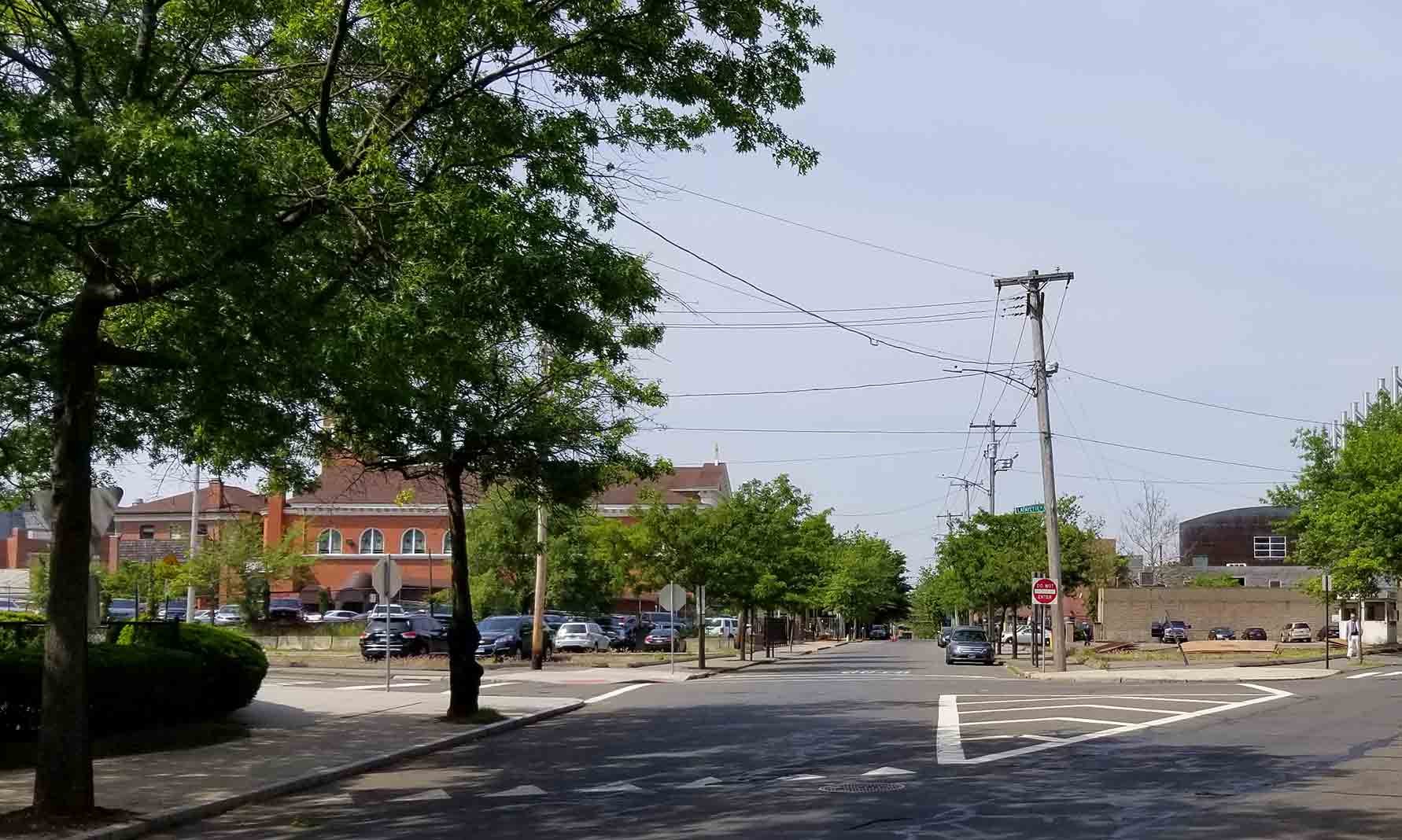 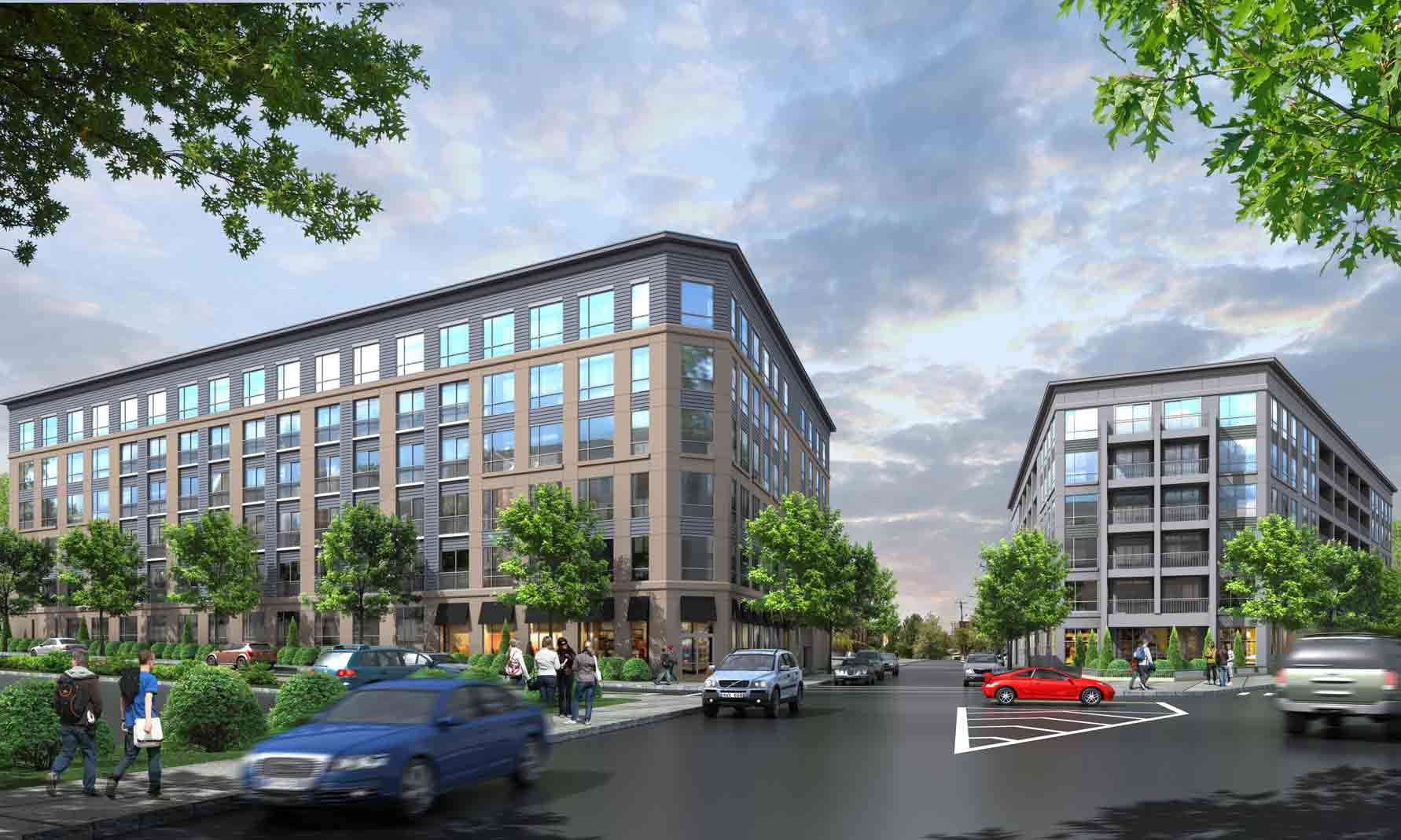 The proximity of the two sites presented Kenneth Boroson Architects the rare opportunity to create an instant urban fabric. Due to the unique facing sites, the design not only considered the sites themselves, but also the expanse between them. The tip of the Parcel 9 site, where Congress and Washington intersect, will be a landscaped garden and dog park which will help activate the street front around the developments.

Anticipated to be completed in fall of 2019, Parcels 9 & 10 will propel the next phase of the transformative Hill-to-Downtown Community Plan. The residential and potential commercial space will help ignite urban activity in area of the city that has been defined by desolate parking lots for almost half a century. Parcels 9 & 10, and future developments of the like, will help to interweave the isolated districts of New Haven into a cohesive, vibrant community.