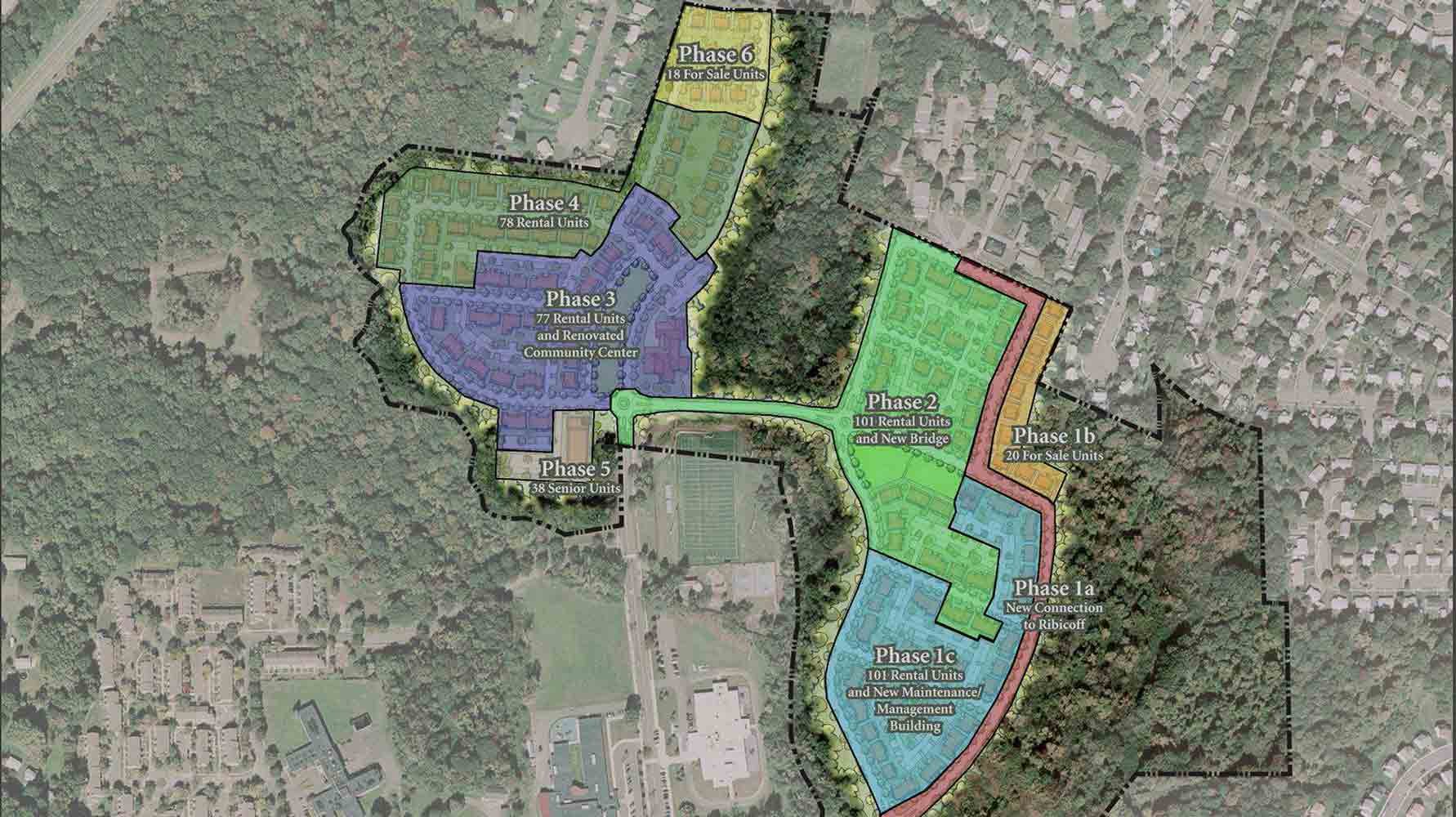 Rockview 2, which will consist of 78 new townhouse style residential units, has just been approved to move forward by the New Haven City Plan Commission. The commissioners unanimously approved the site plan and inland wetland application. Rockview 2 is the fourth phase of the West Rock project which encompasses two complete neighborhoods (Brookside and Rockview). The project is split into six phases.  The former development consisted of 1940’s brick “barracks-style” buildings and was demolished due to its state of disrepair and the presence of mold and other environmental hazards.

Planning of the entire new West Rock Redevelopment included consultation and input from local and state entities including the City of New Haven, Southern Connecticut State University, local Alders, former West Rock residents, current neighbors, and other stakeholders.  These groups participated in a series of community design charrettes conducted by our firm and our consultant team. The result was to create a Planned Development District (PDD) which enabled a greater density of units than would have been allowed under the existing zoning ordinance.

As in the previous phases, the new Rockview 2 development will include all new roads and utilities and incorporates a completely new street grid to ensure a safe, walkable area.  Designs of the new dwellings were based on five vernacular styles of architecture found in New Haven (Italianate, Victorian, National, Arts & Crafts and Colonial), and vary from two to six units.  The variety of building types, styles and colors provides each unit with a sense of individuality, while creating visual interest.  All units have direct street access with porches and covered entries which contribute to a sense of safety and security.

The design received strong recognition by the City of New Haven. Karyn Gilvarg, City Plan Director stated: “The West Rock proposal makes extensive and meaningful use of concepts such as a variety of building design and form, active open space, design density, and diversity of occupancy in order to facilitate the development of a residential community that is fully integrated and self-sustaining in terms of its economic and social character.”

Sustainable design features include Energy Star appliances and bio-swales to channel storm water.  The structures meet “Green Communities” design guidelines such as energy efficient mechanical systems, reduced water usage and the use of local materials. Rockview 2 also includes an array of photovoltaic panels that will power a majority of the site lighting needs.

One of the most challenging requirements of the Rockview 2 phase was meeting the 9% CHFA funding deadline requirement for 100% Construction Documents by November 9, 2016. Our firm was released to provide the design and construction documents on June 7, 2016. We were able to provide a highly detailed set of design and construction documents in accordance with CHFA guidelines in only 5 months. Our ability to meet this deadline allowed our client to meet their own organizational goals. Assuming construction financing and closing occurs as per schedule, the construction for Rockview 2 will begin in autumn of 2017 with a scheduled completion date of November 2018.