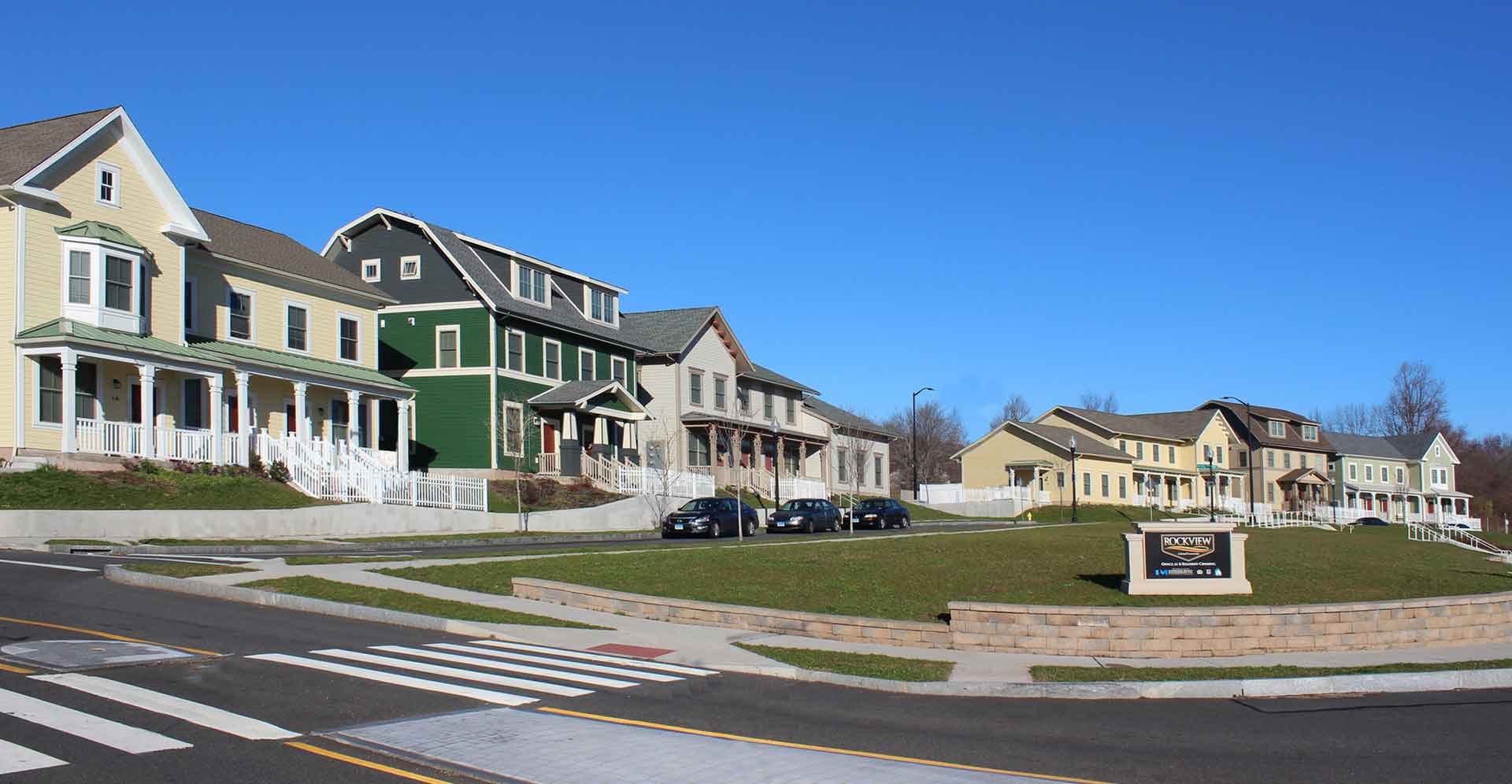 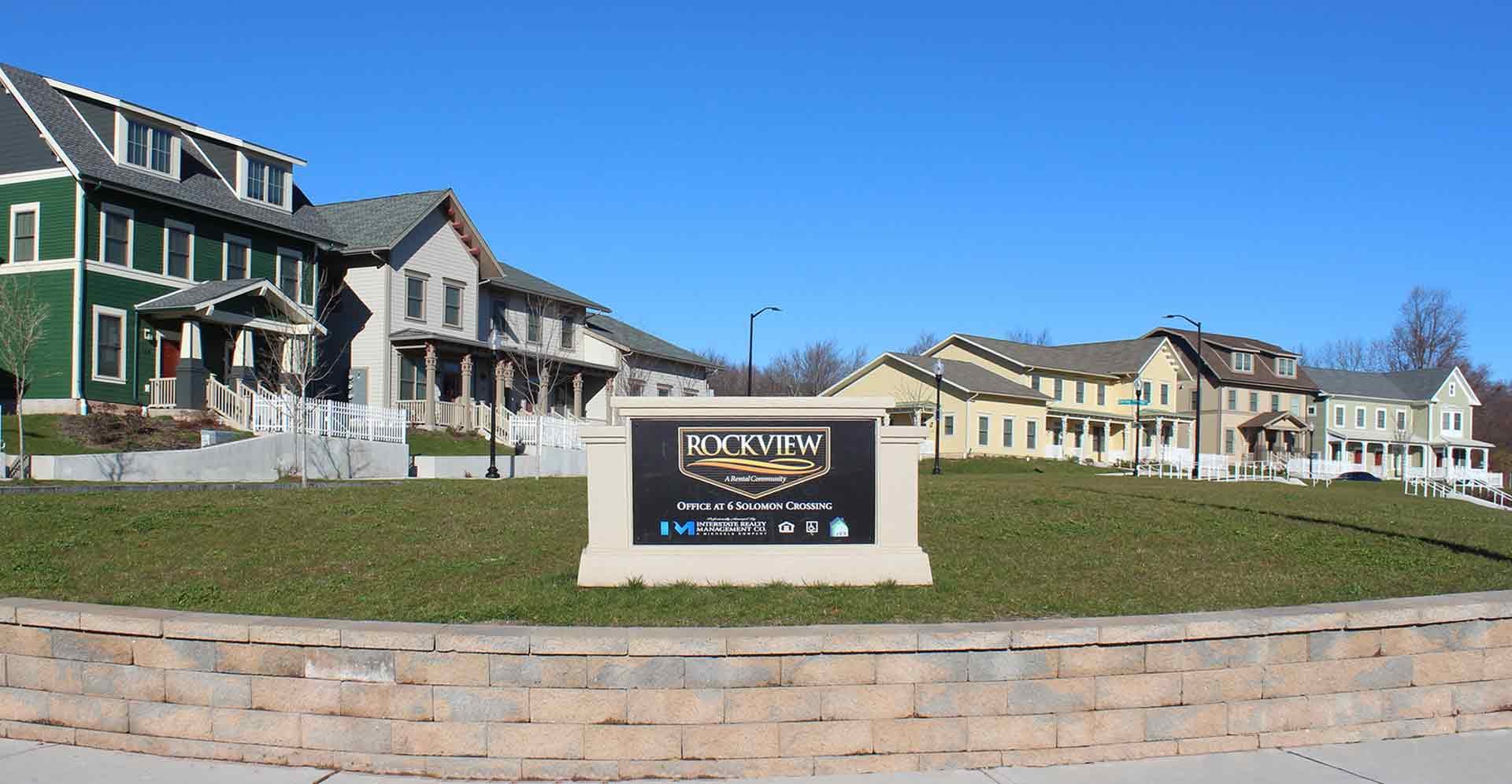 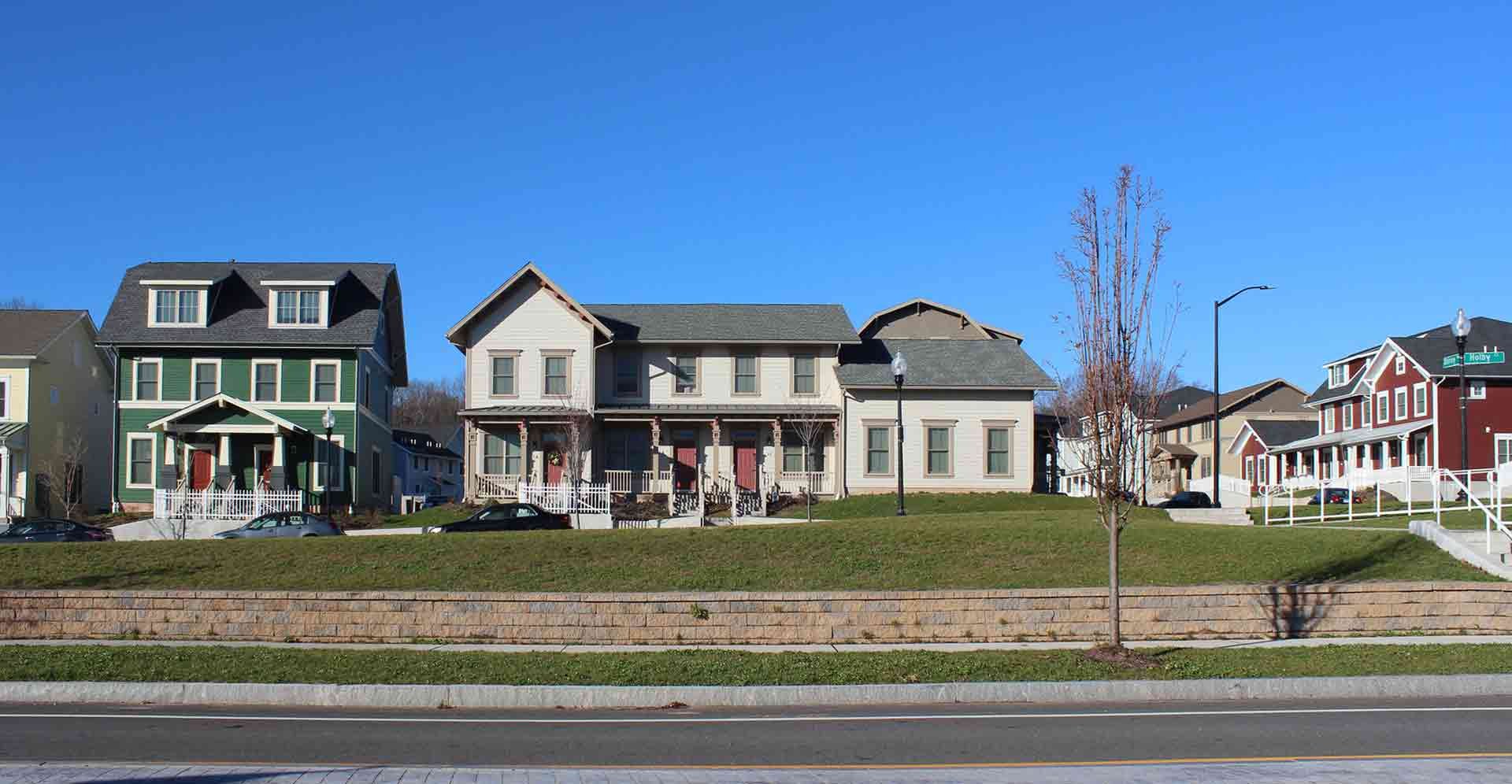 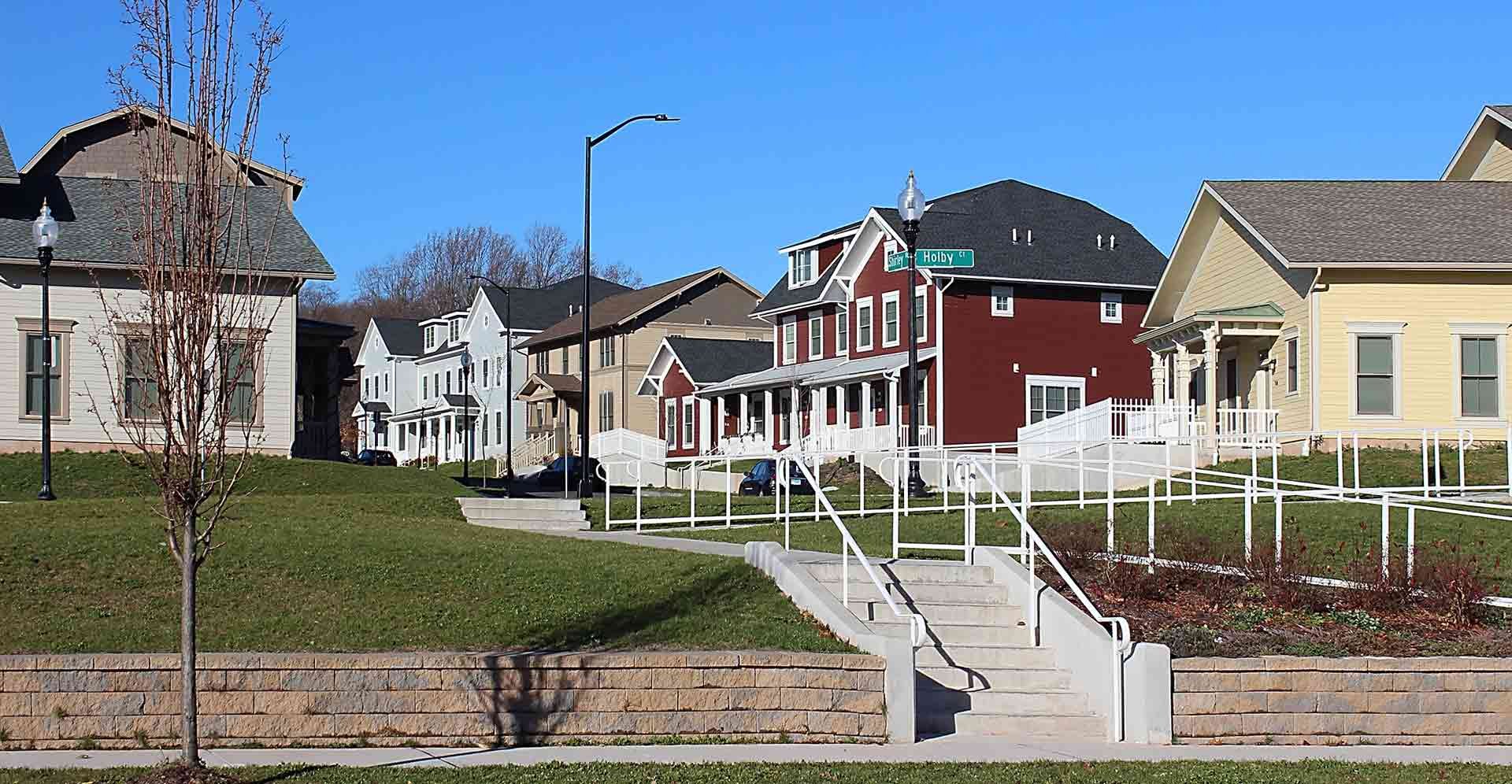 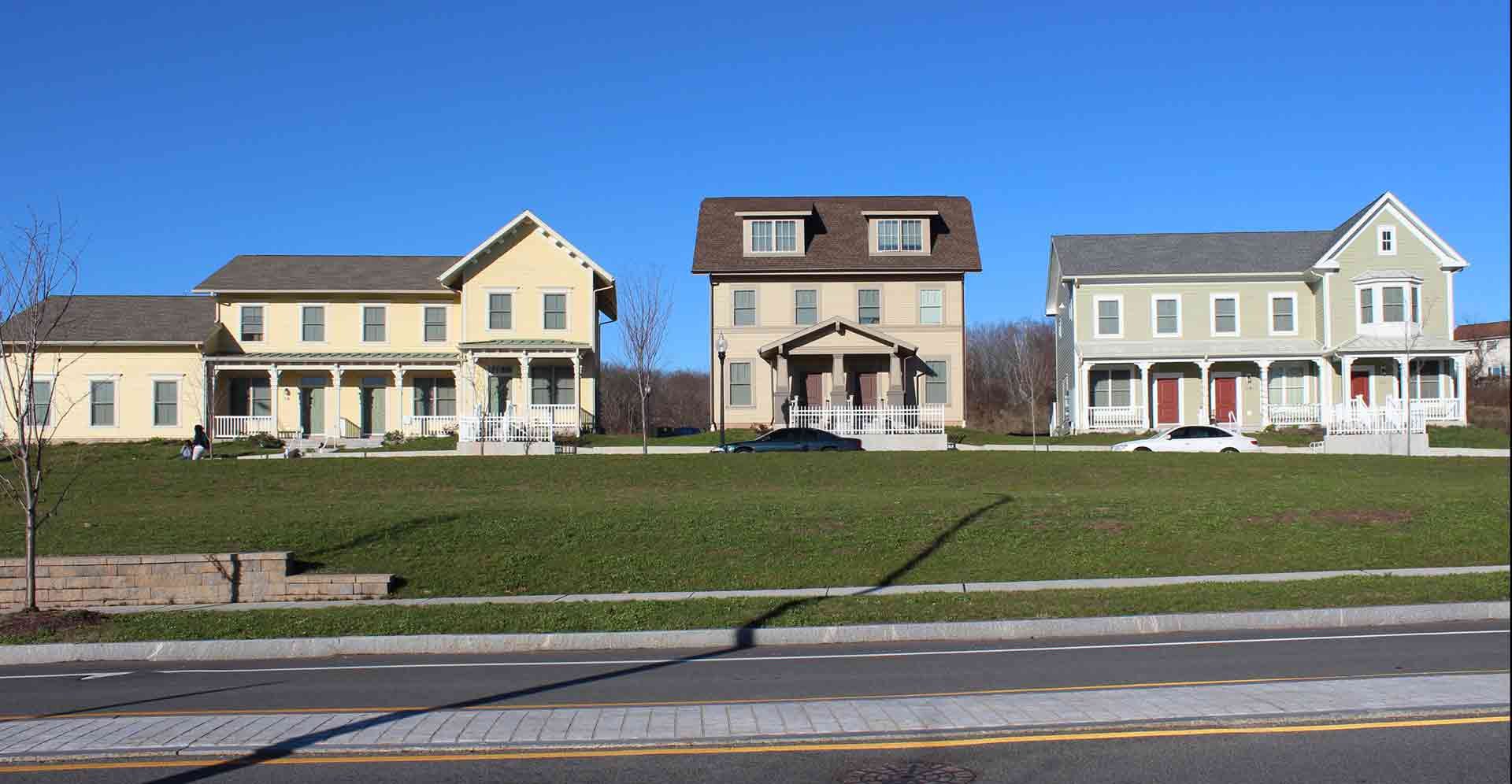 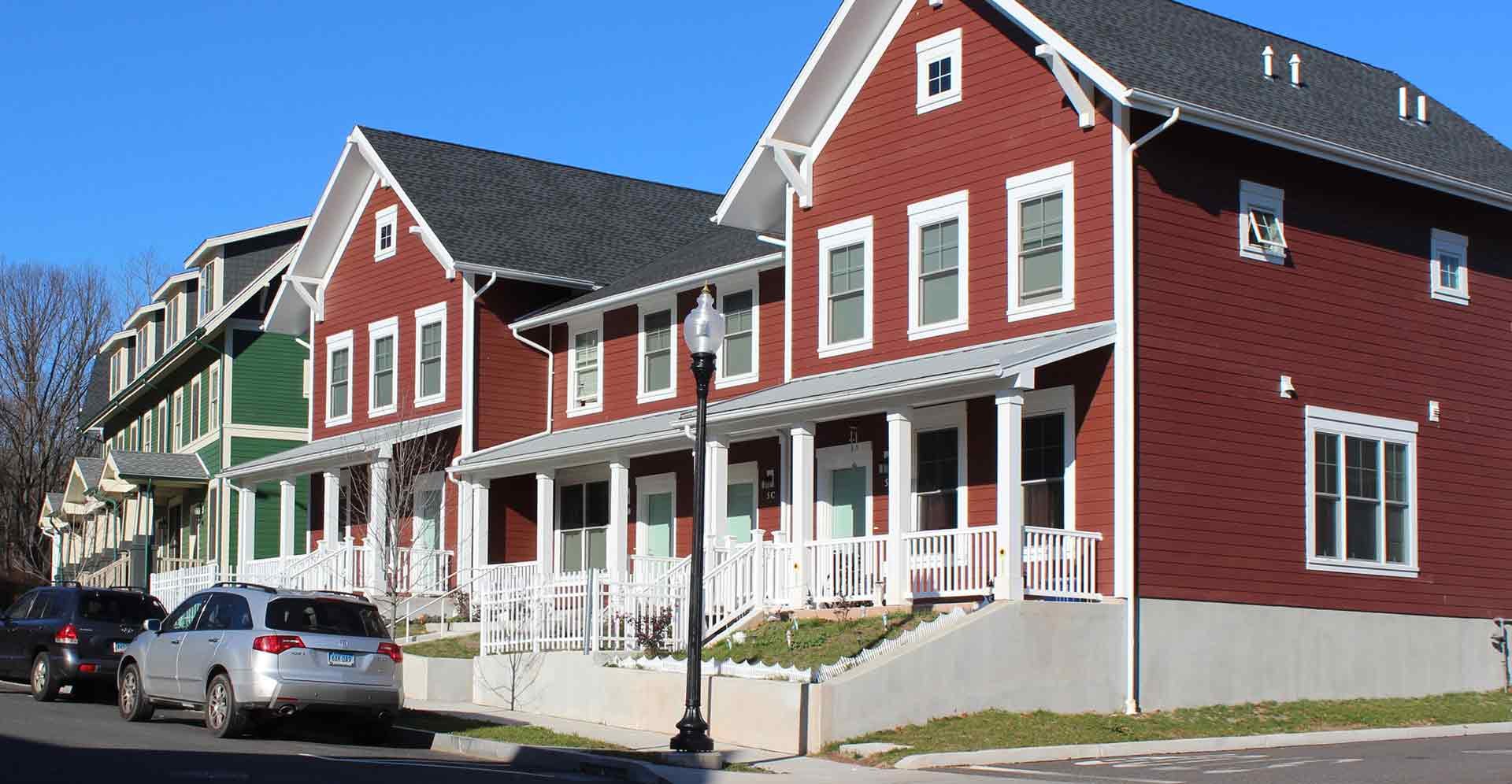 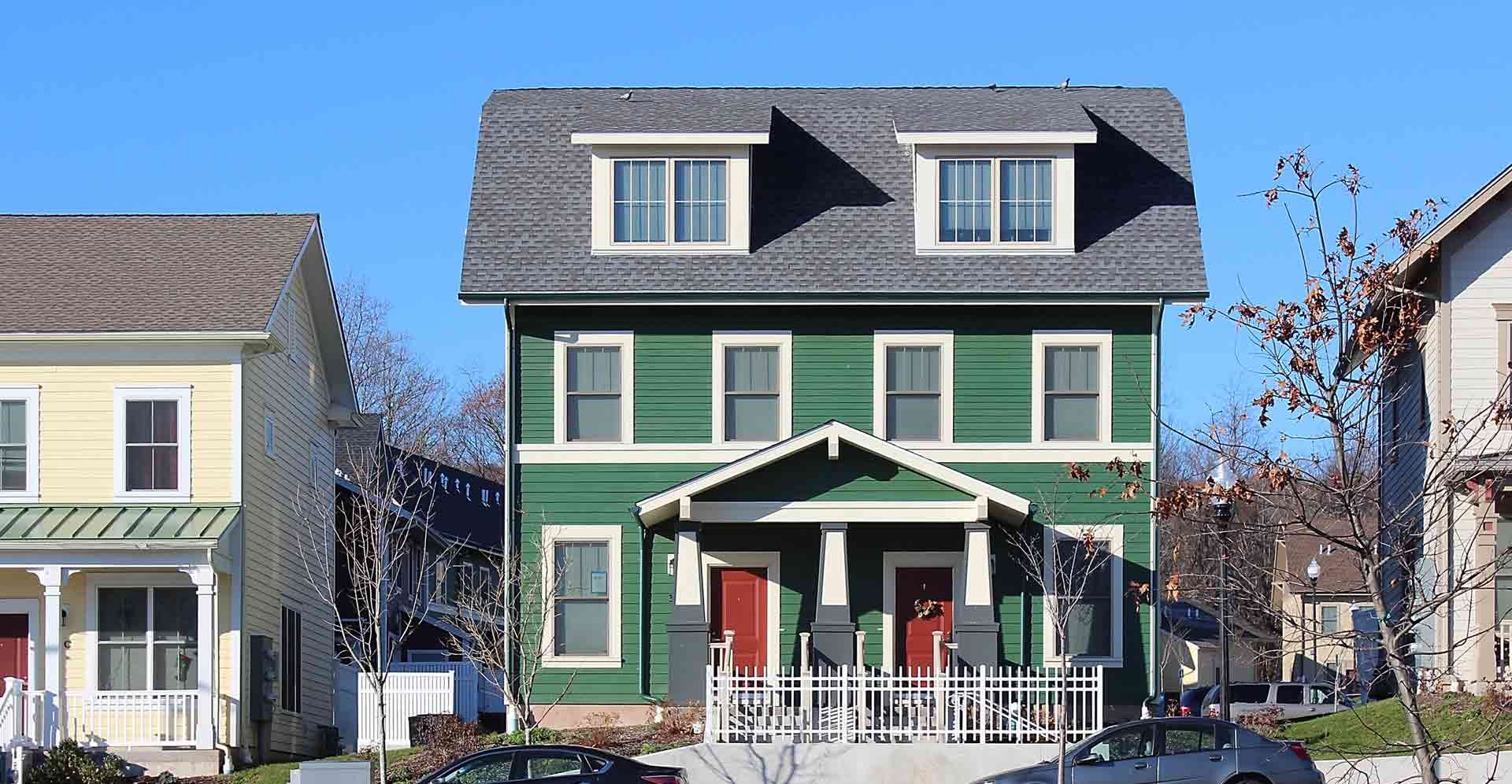 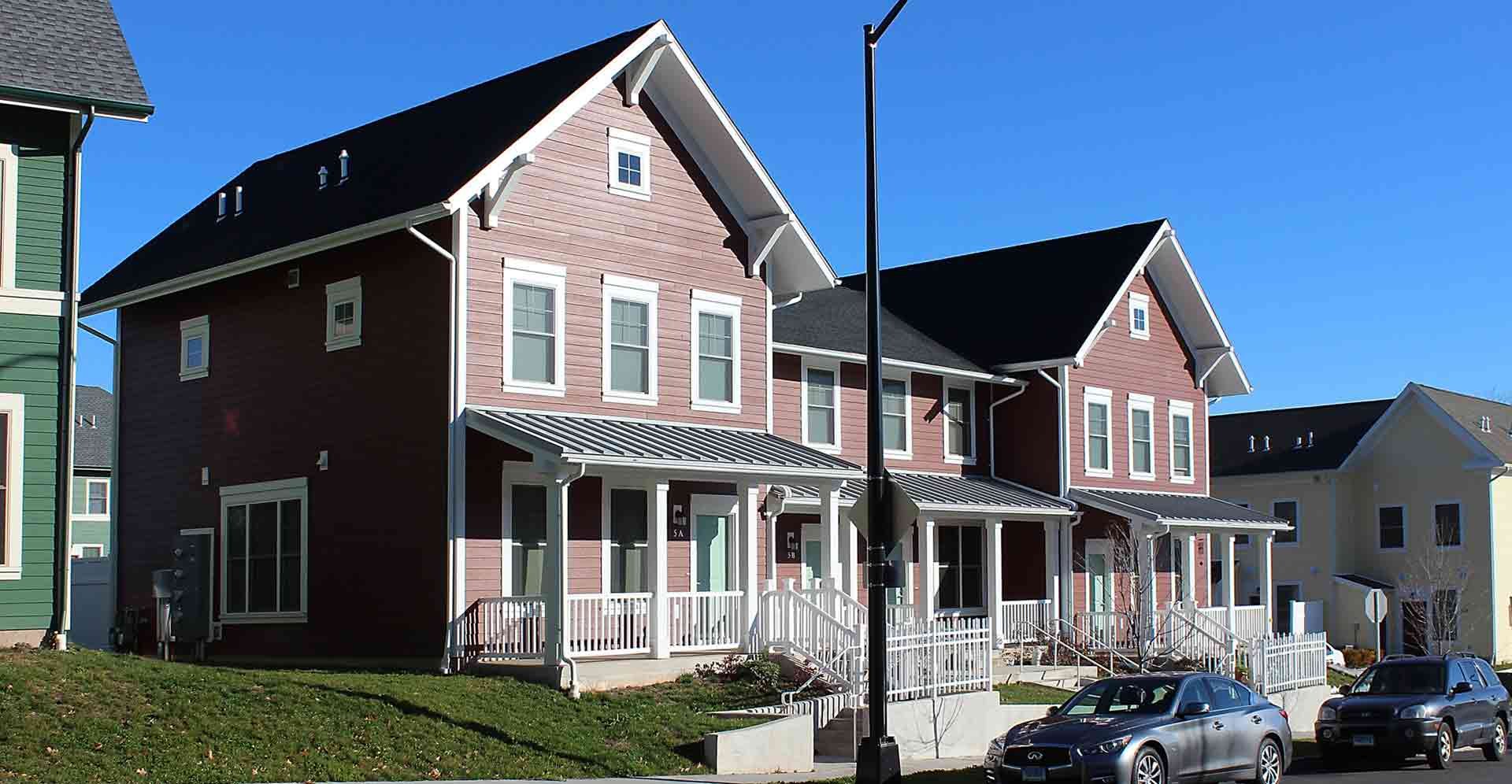 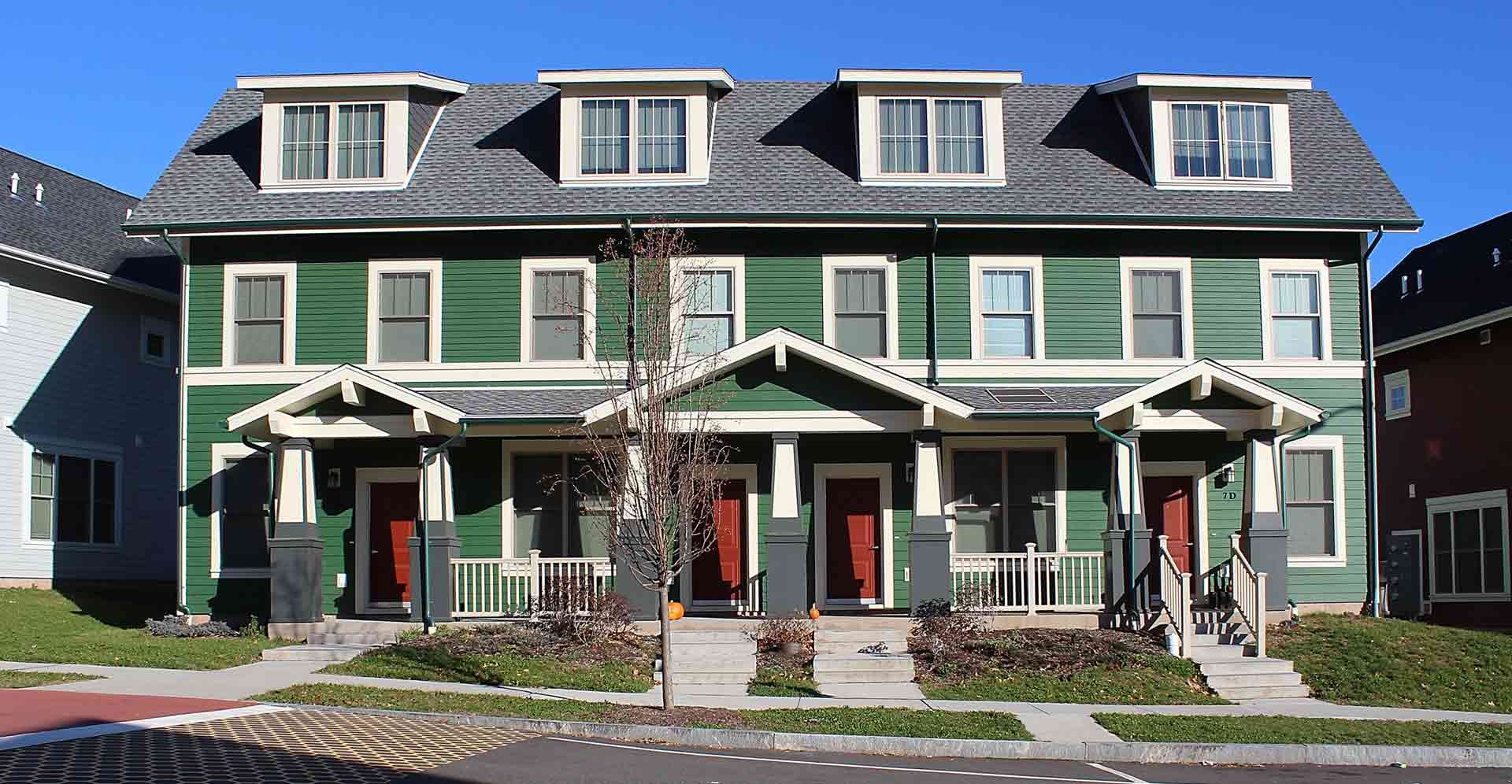 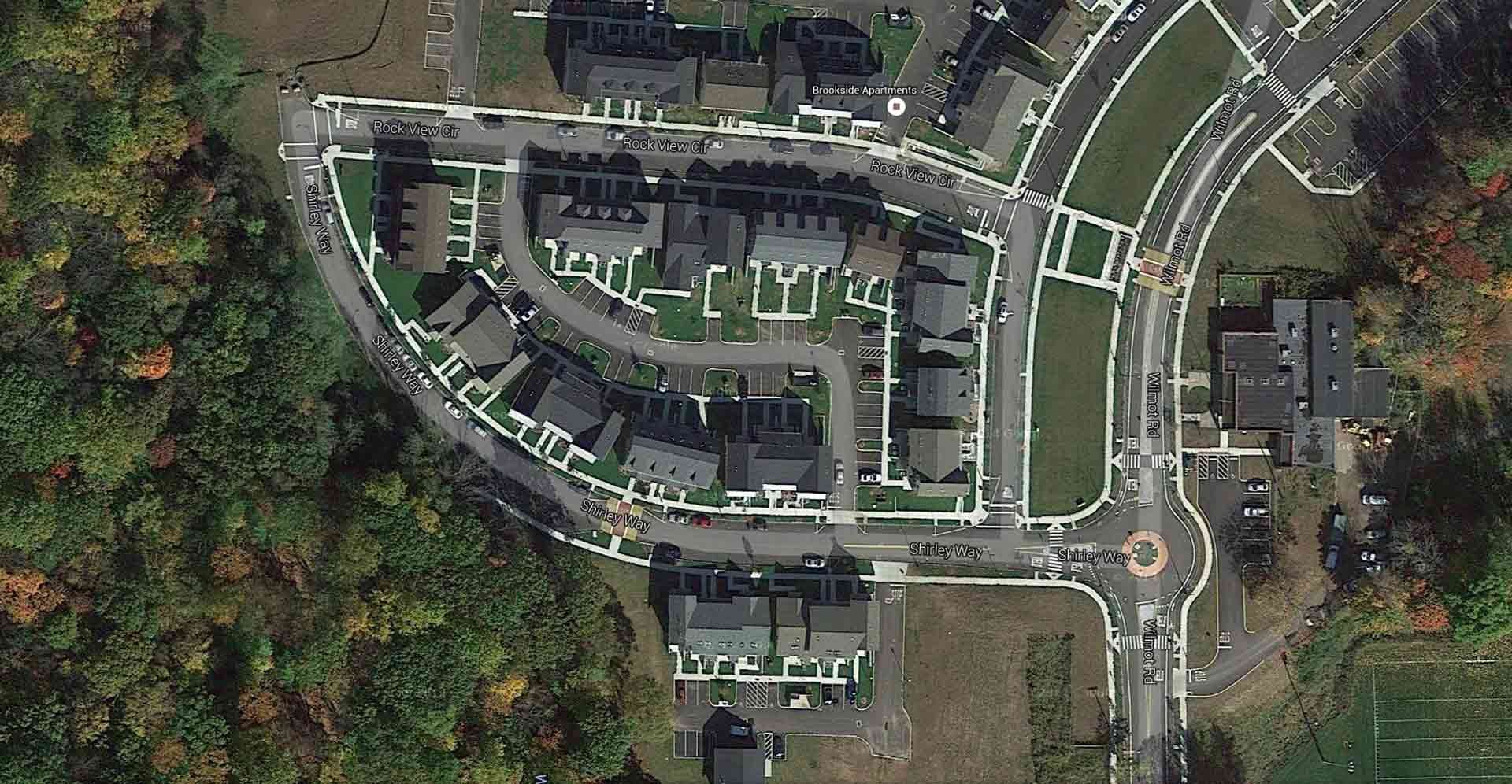 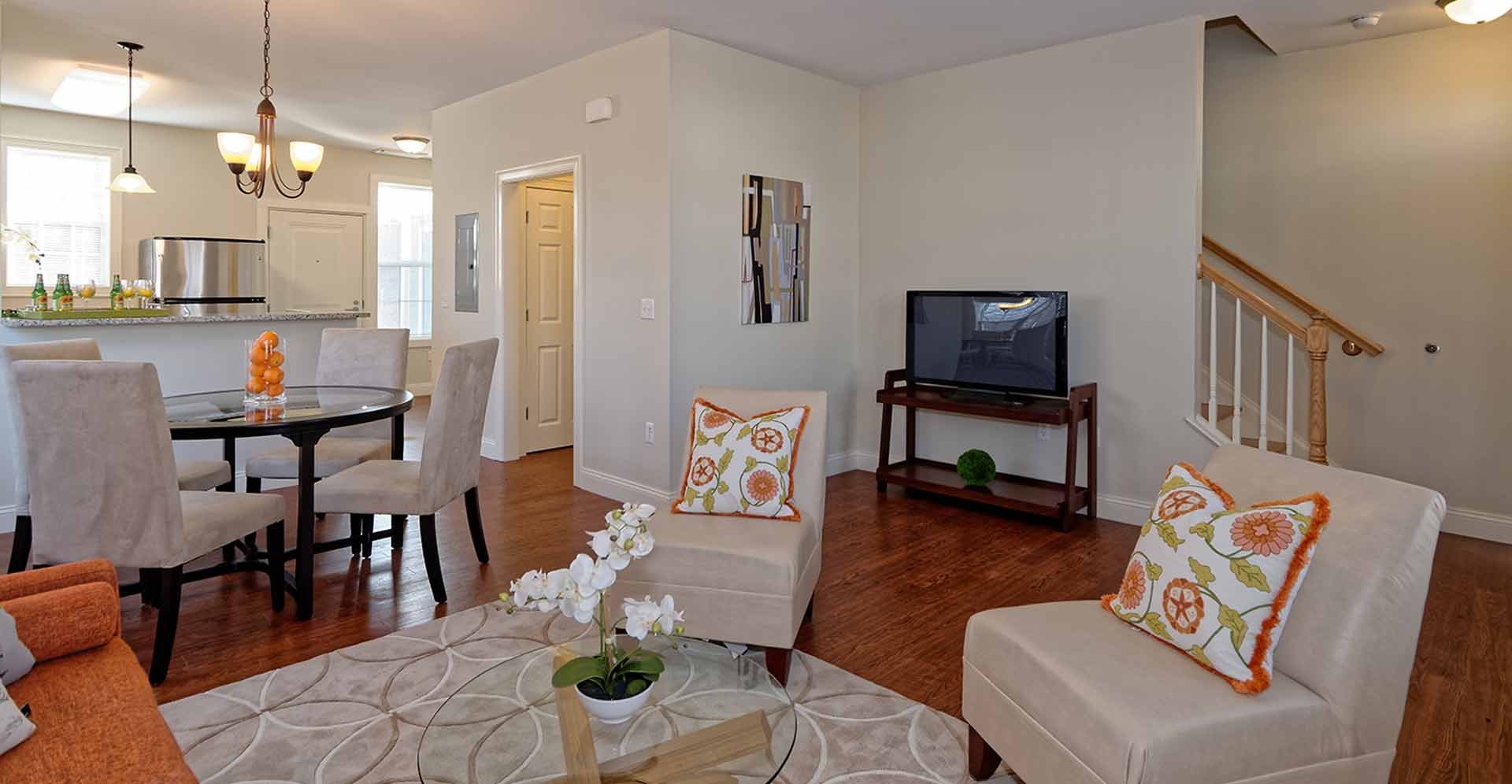 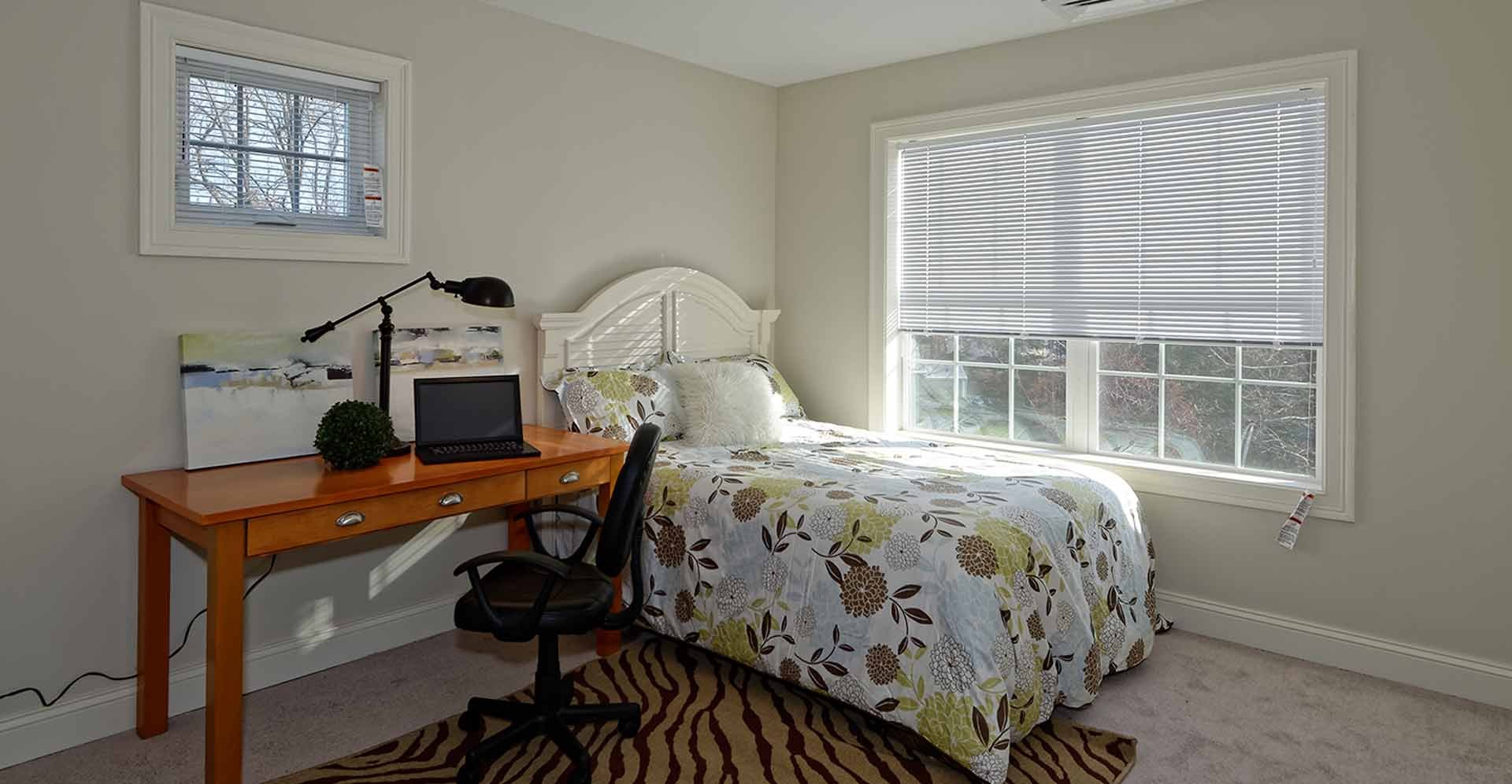 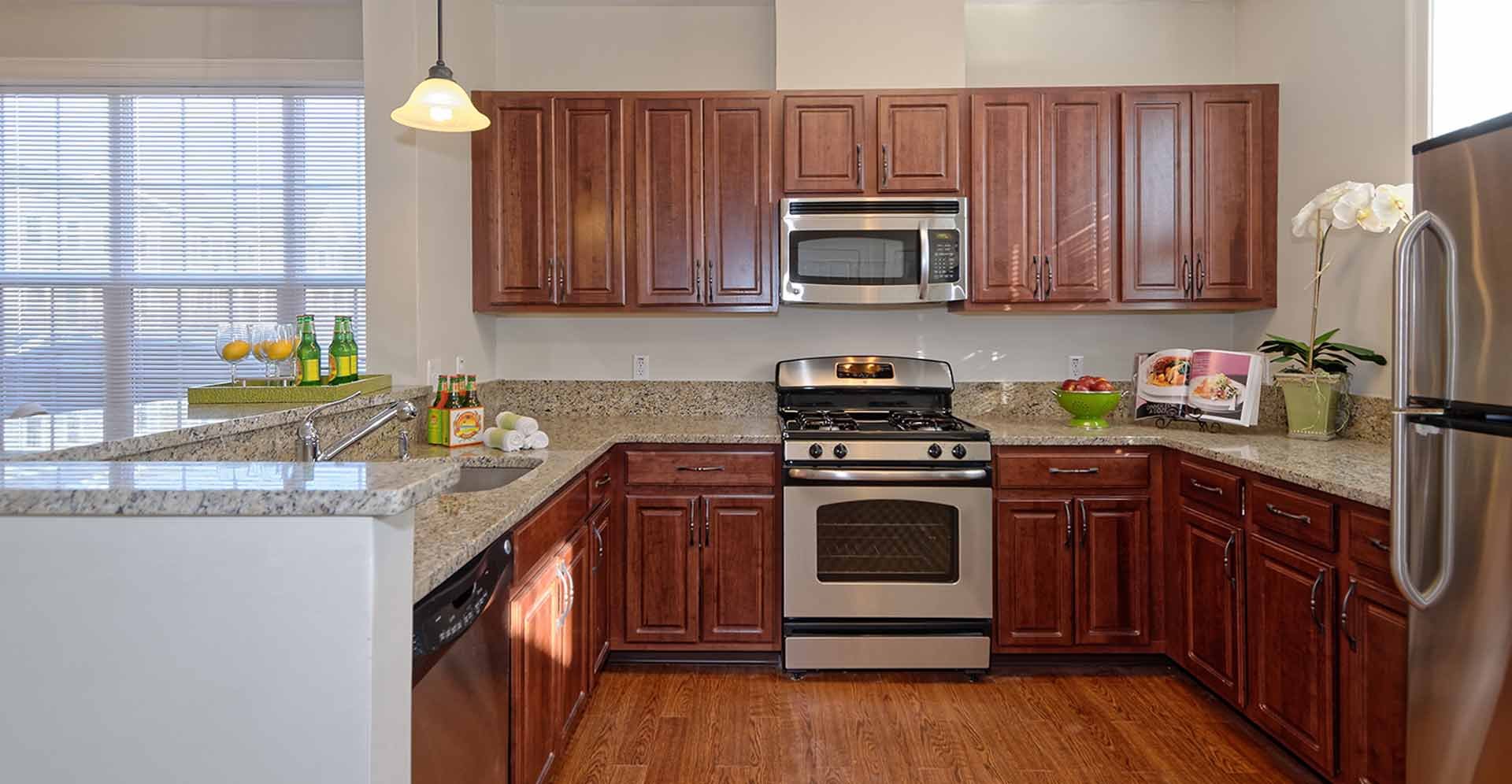 The Rockview neighborhood is located in the northwest corner of New Haven, near Southern Connecticut State University (SCSU) and the town of Hamden. It is one of two communities within the West Rock Redevelopment and is managed by Elm City Communities (the Housing Authority of New Haven).

As part of the West Rock Master Plan, Kenneth Boroson Architects and Torti Gallas + Partners were retained by Michaels Development in 2006 to design a total of 433 newly constructed apartments. The development originally consisted of brick “barrack-style” buildings. When our firms were retained, many of the properties had already been demolished; the remaining units were subsequently razed.

The sloping topography of the area created a challenge. The former street infrastructure did not lend itself to a safe, walkable neighborhood and the development was enclosed with a 12-foot high fence, segregating it from the adjacent town.

Planning of the new West Rock Redevelopment included consultation and input from various local and state entities including the City of New Haven, SCSU, local Alders, former West Rock residents and current neighbors. These groups engaged in a series of design charrettes, resulting in a Planned Development District (PDD) that enabled a greater density of units than would have been allowed under the existing zoning ordinance.

Construction of the entire West Rock Redevelopment is being completed in various phases over several years. Designs were based on five vernacular styles of architecture found in New Haven (Italianate, Victorian, National, Arts & Crafts and Colonial). Units vary in number and type, from two to six units. This maximizes the number of 2- and 3-story buildings on the property, which contributes to the residential neighborhood scale and integrates the development into the community of privately-owned homes nearby. A variety of exterior colors contributes to residents’ sense of individuality.

The new development includes all new roads and utilities and incorporates a completely new street grid to ensure a walkable area. It also reconnects the community to its neighbors in Hamden and surrounding areas. All units have direct entrances to the street, and inclusion of porches and covered entries contribute to a sense of safety and security.

Some of the sustainable design features incorporated include Energy Star appliances and bioswales to channel stormwater. The structures utilize “Green Communities” principles, including energy-efficient design techniques, reduced water use and the use of local materials.