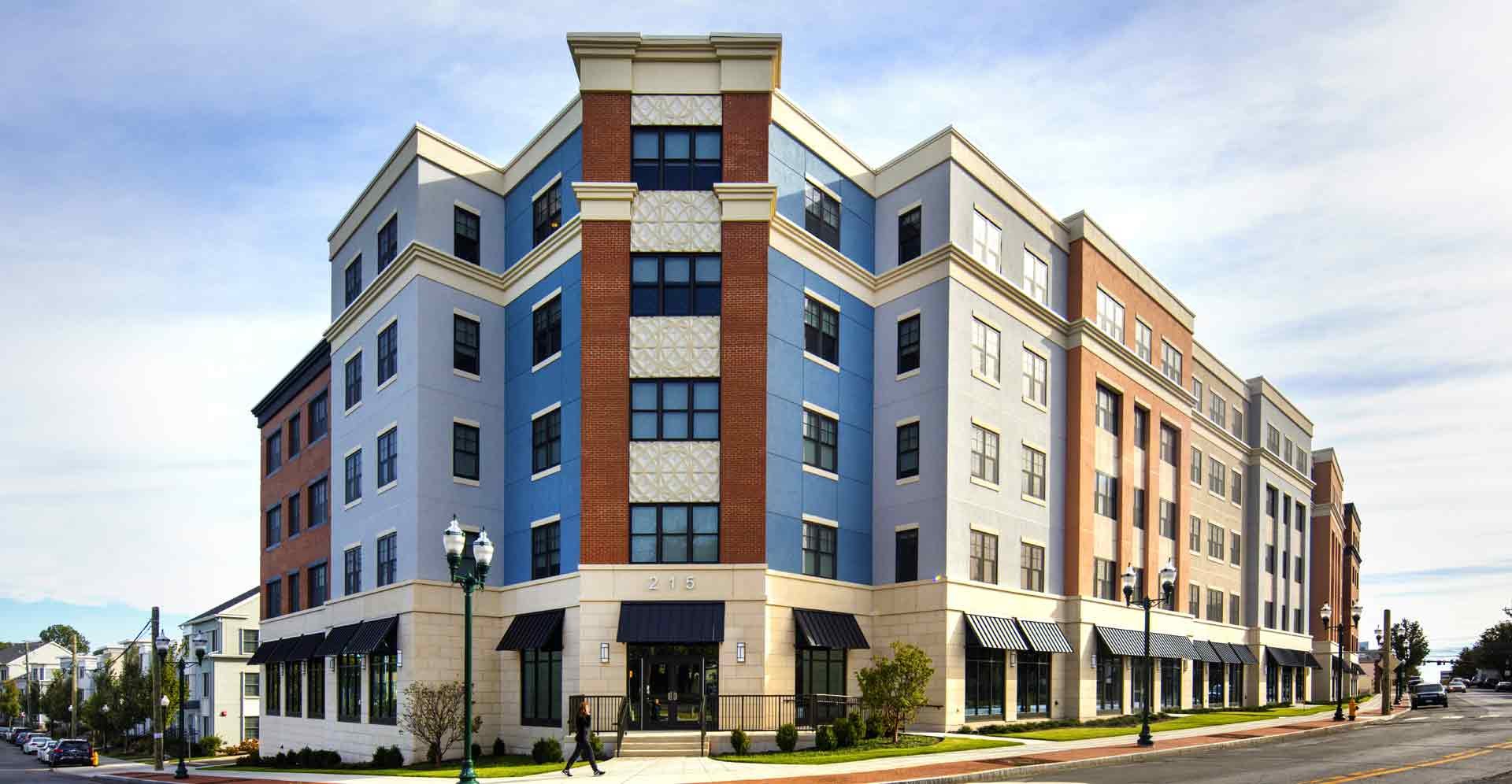 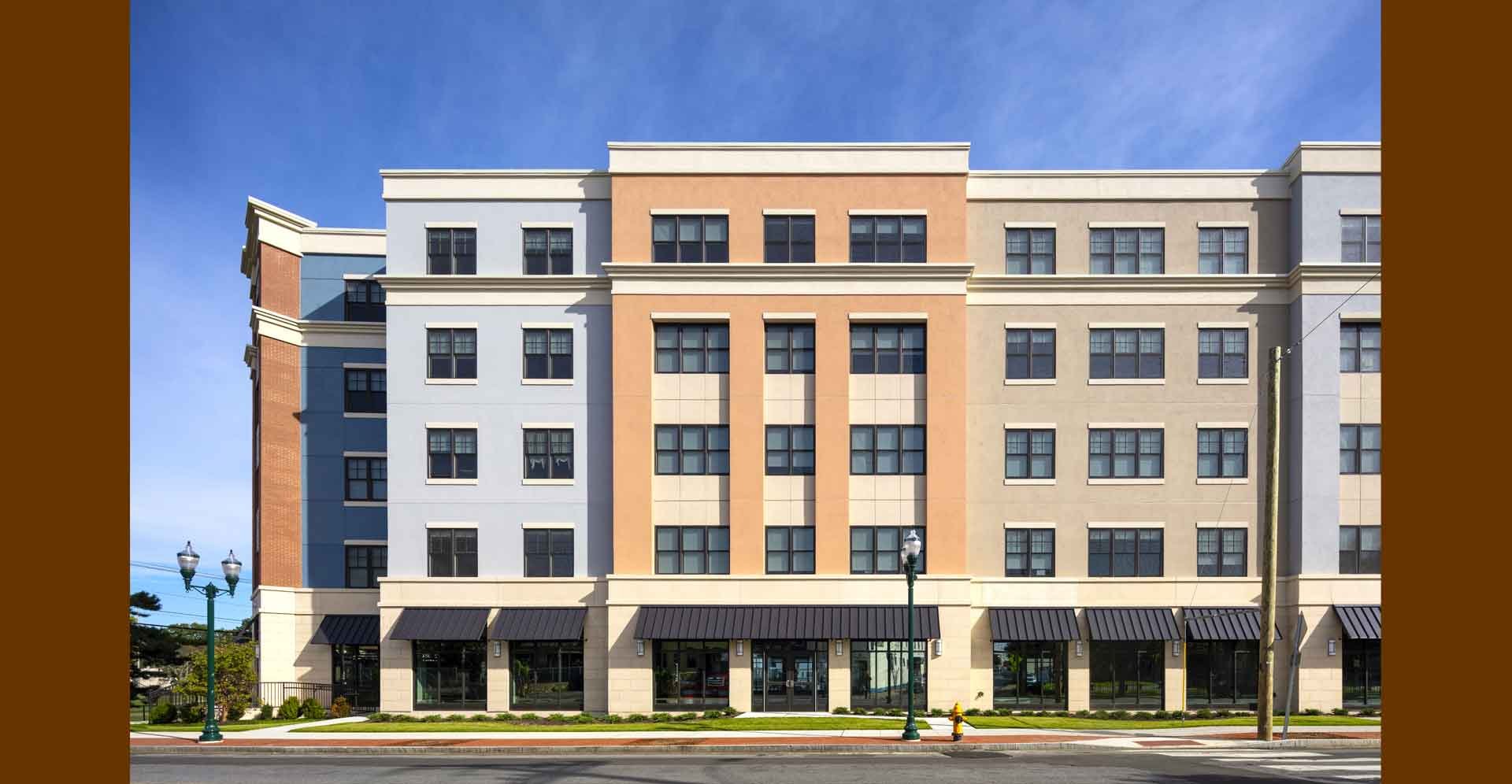 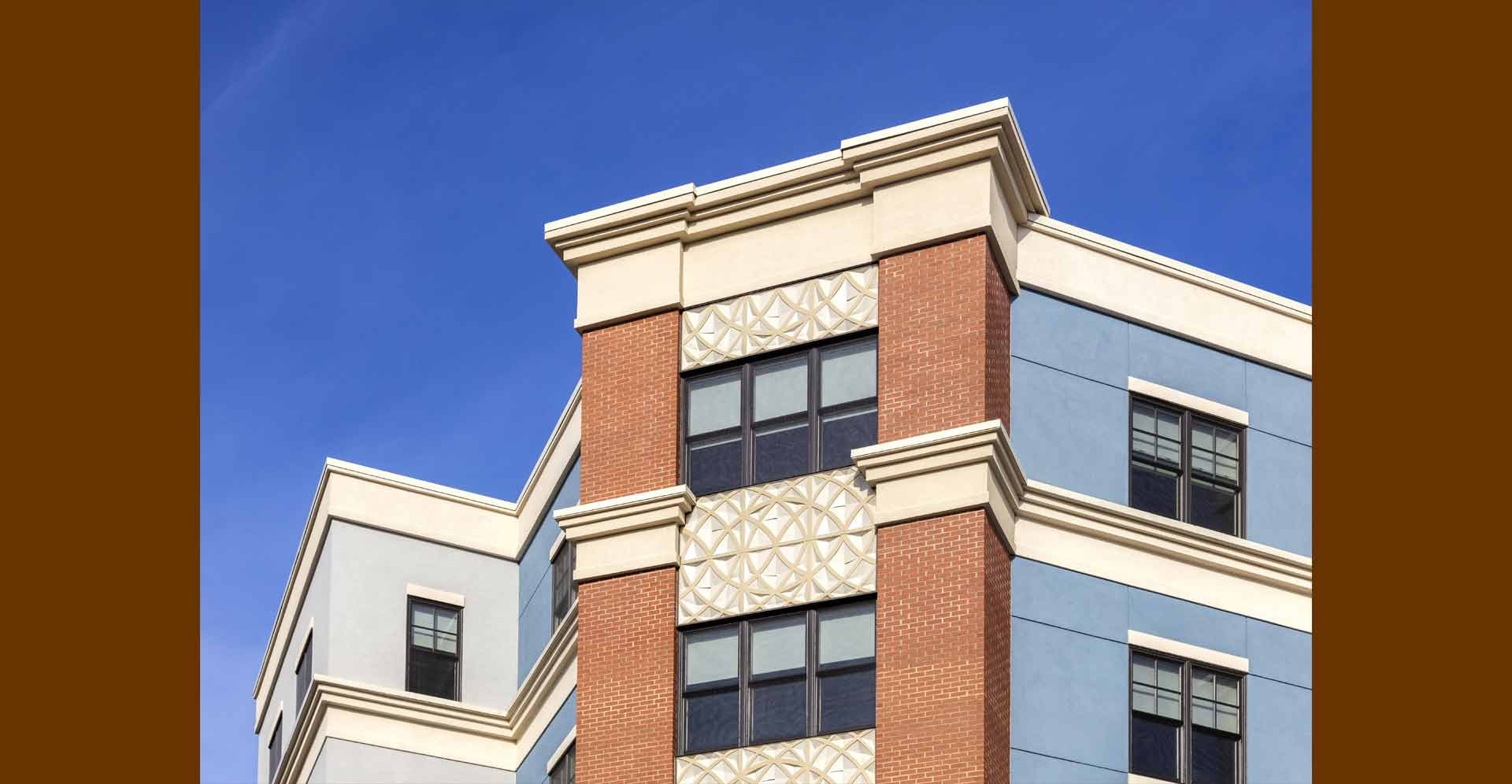 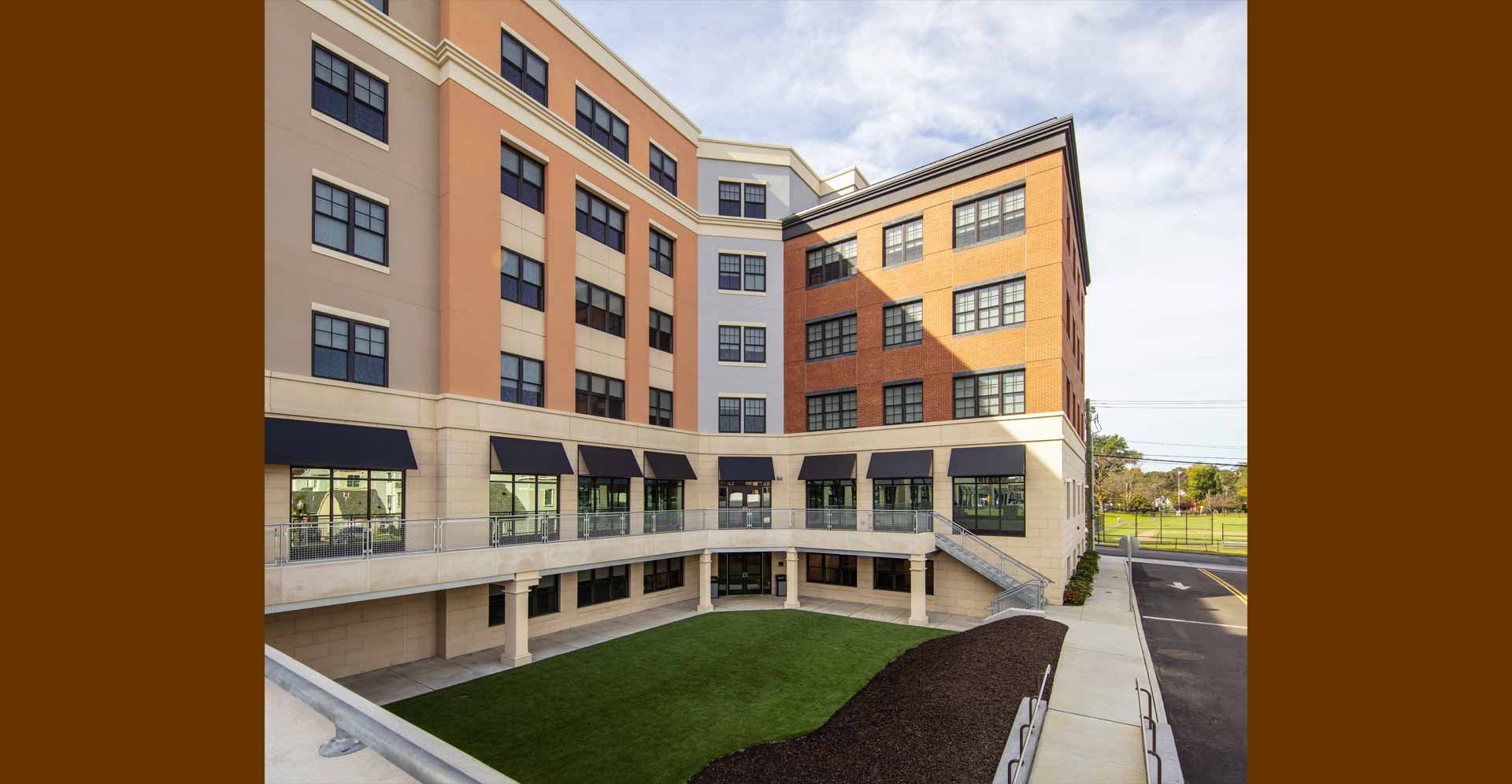 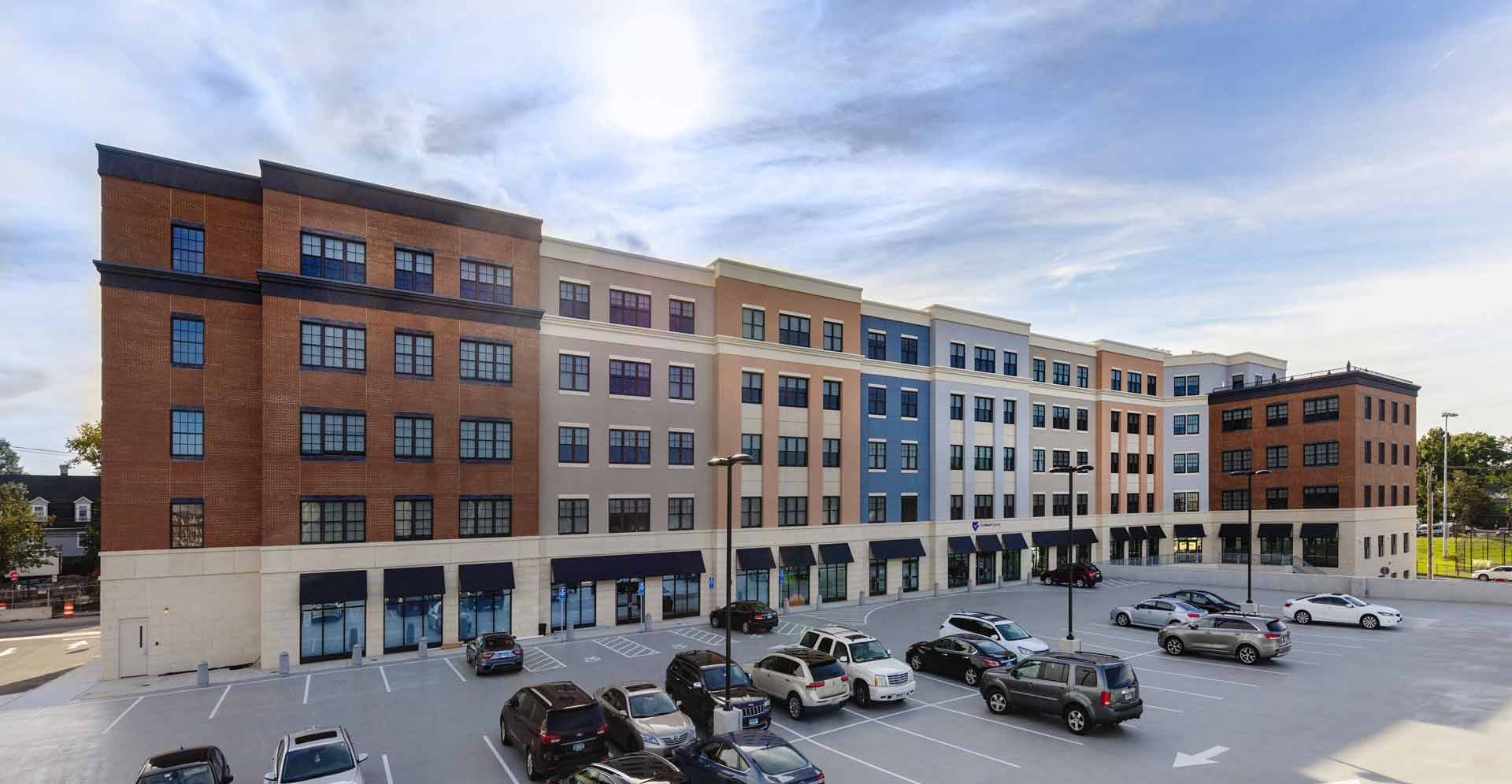 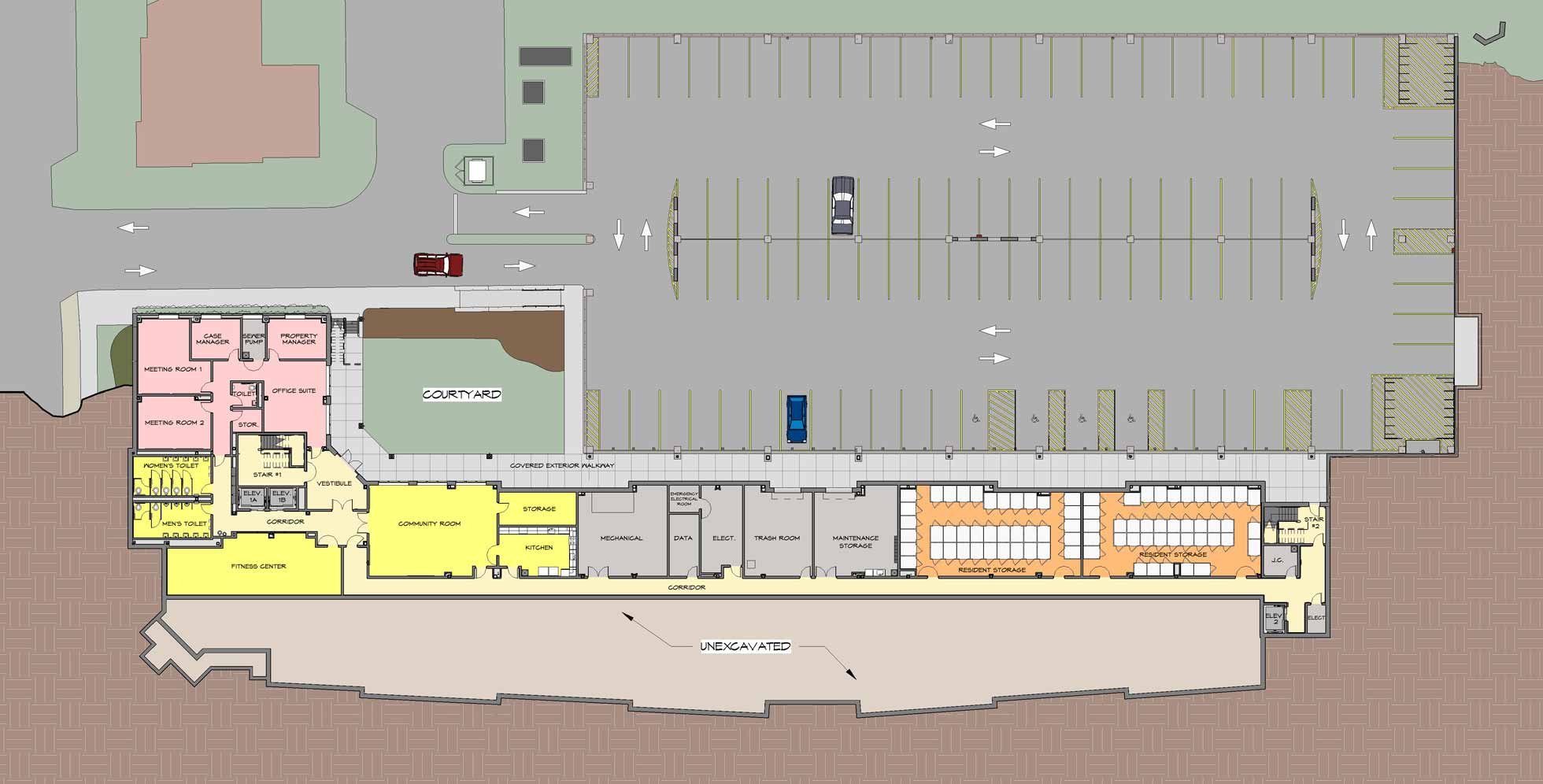 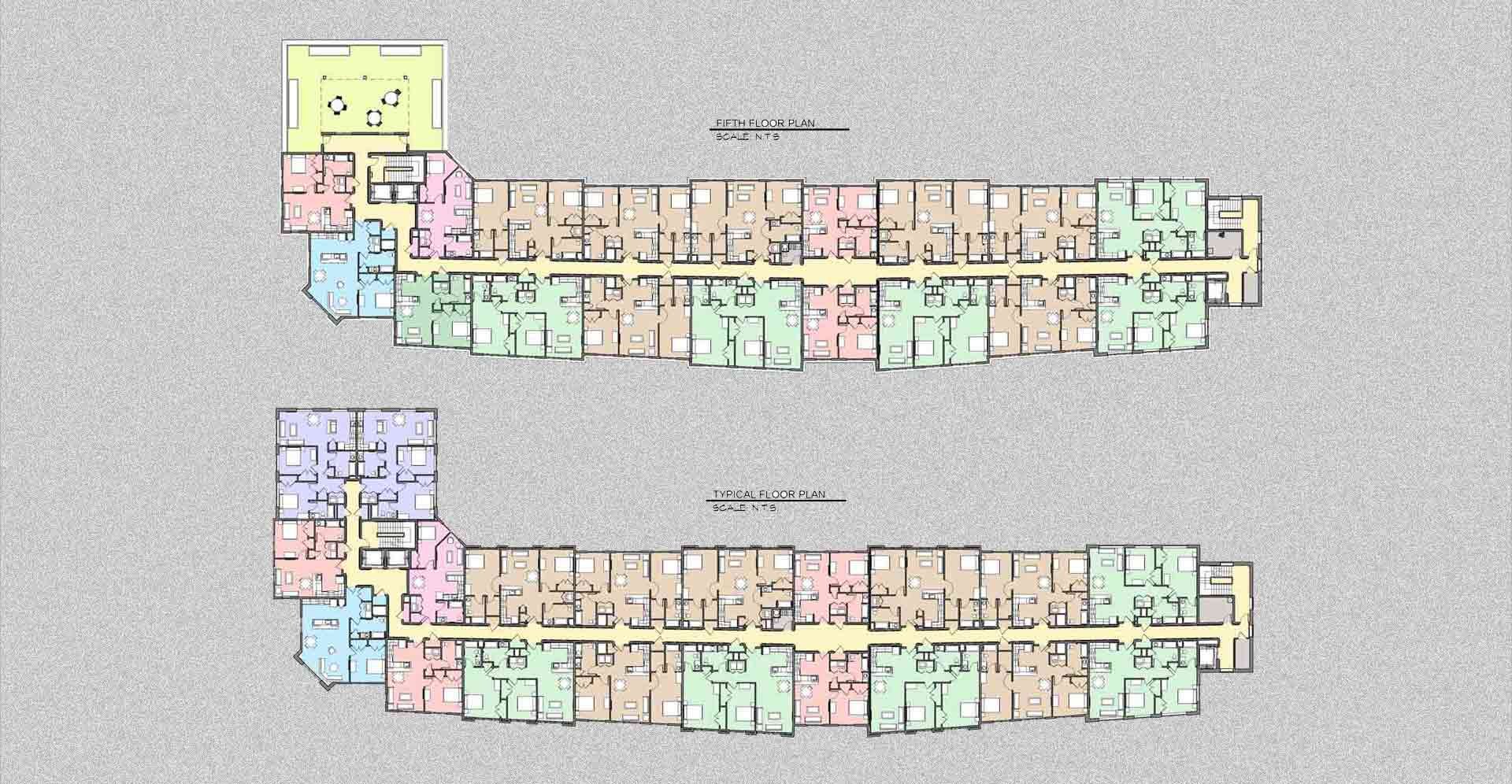 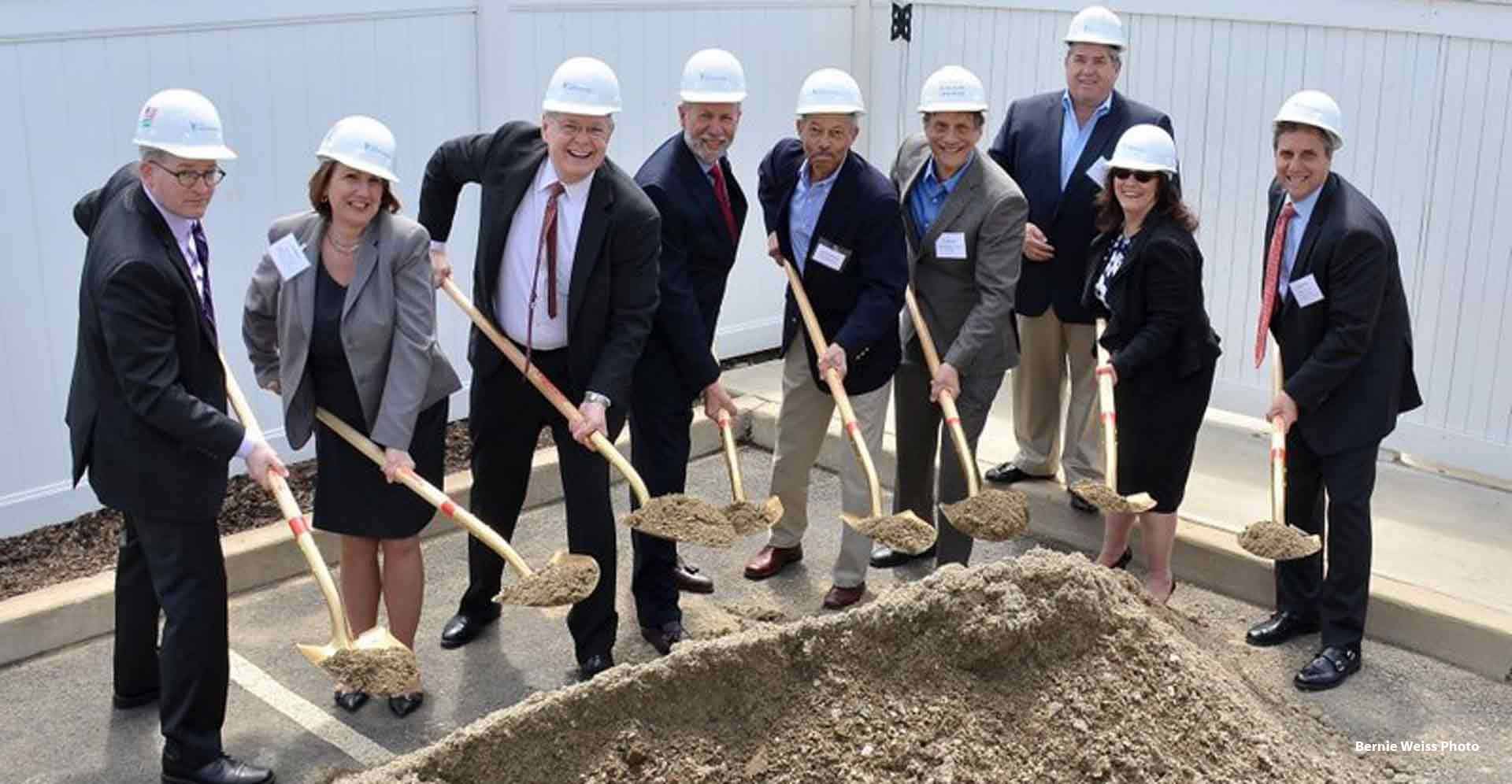 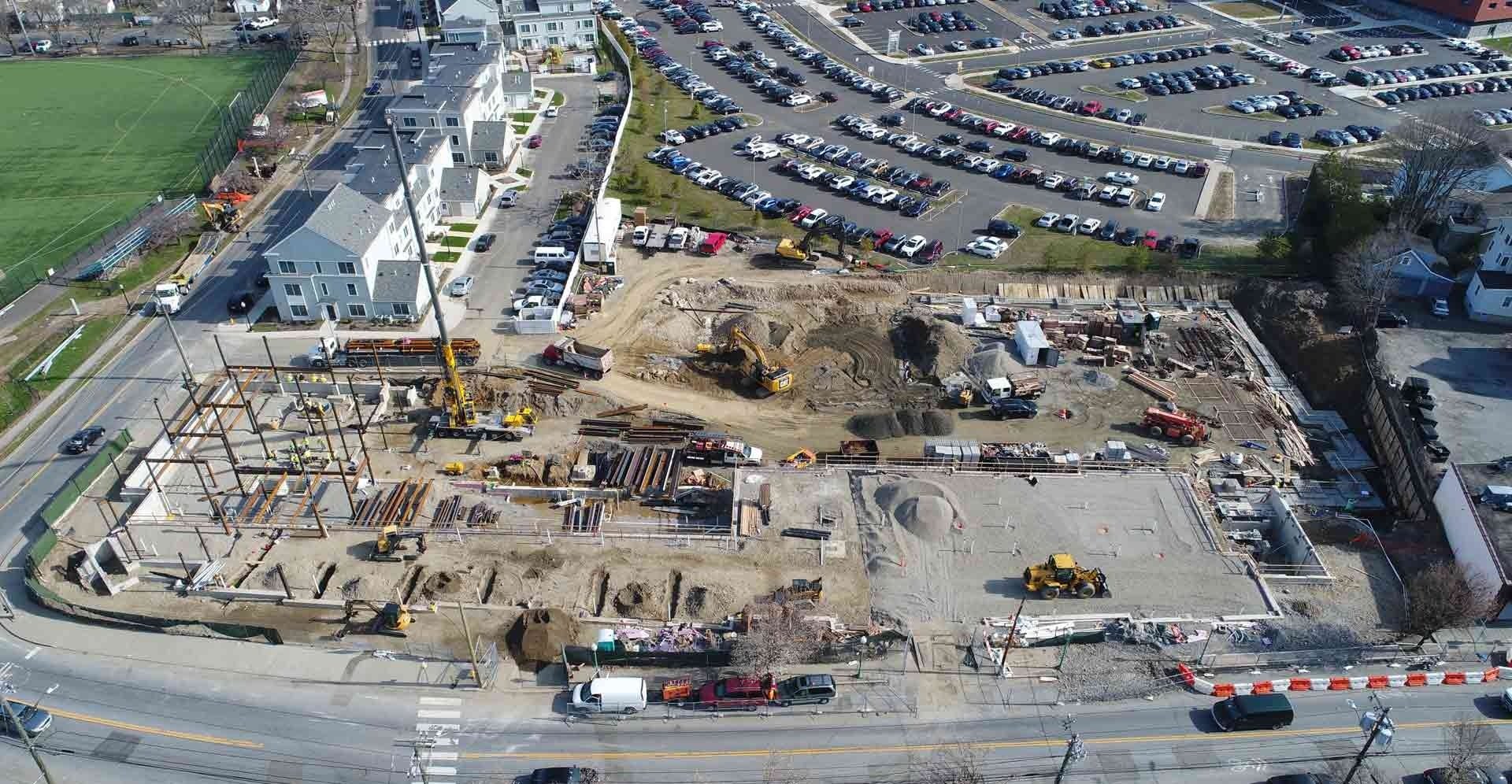 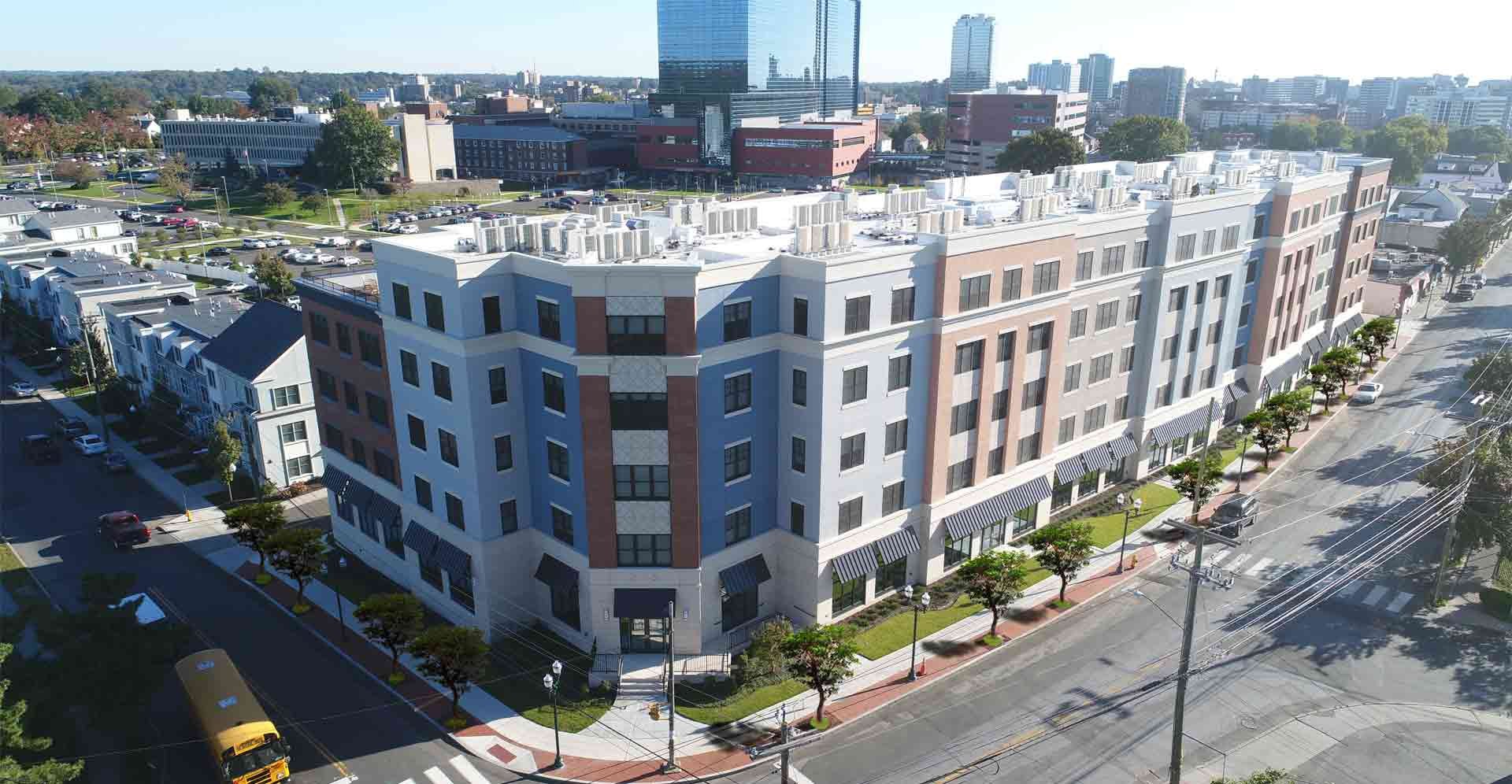 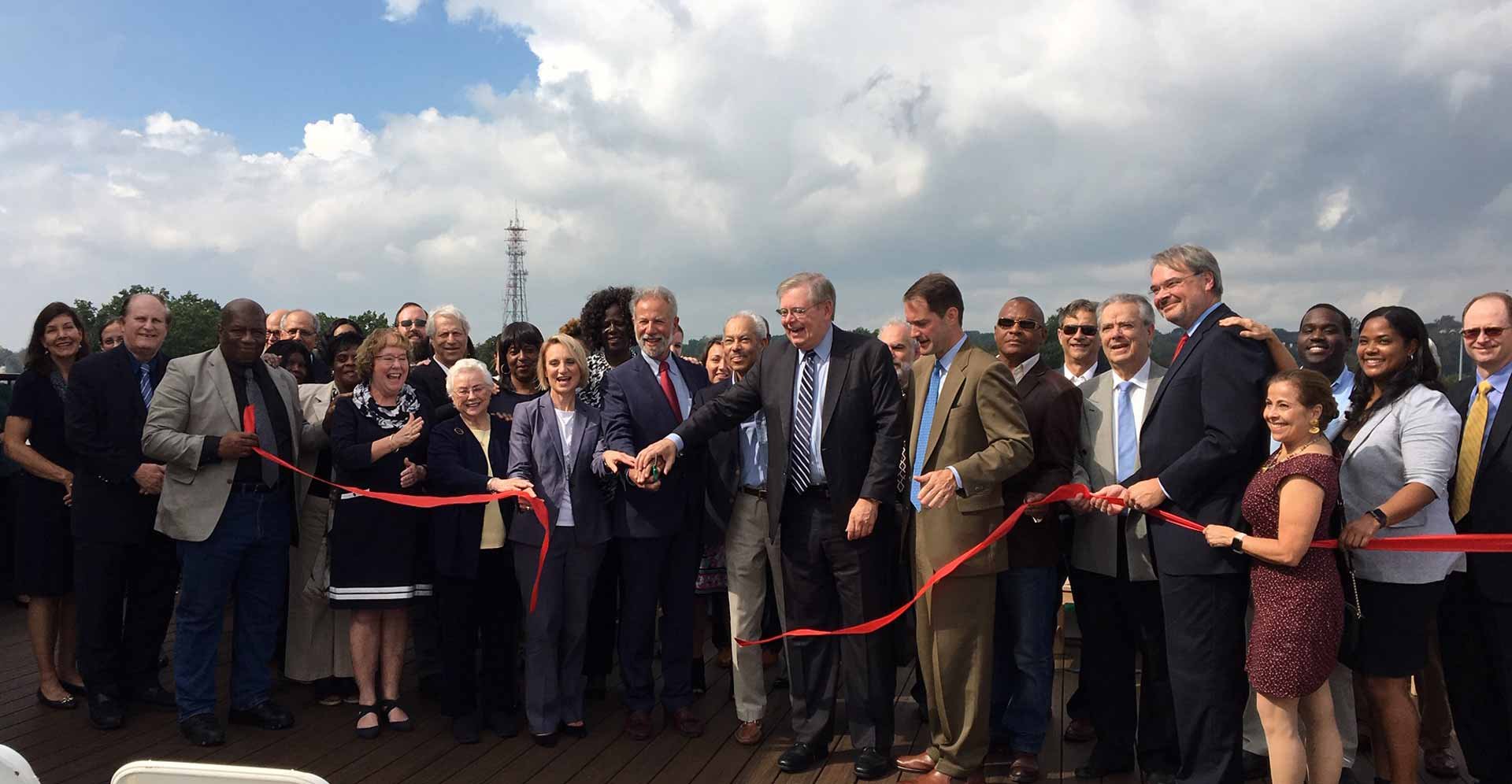 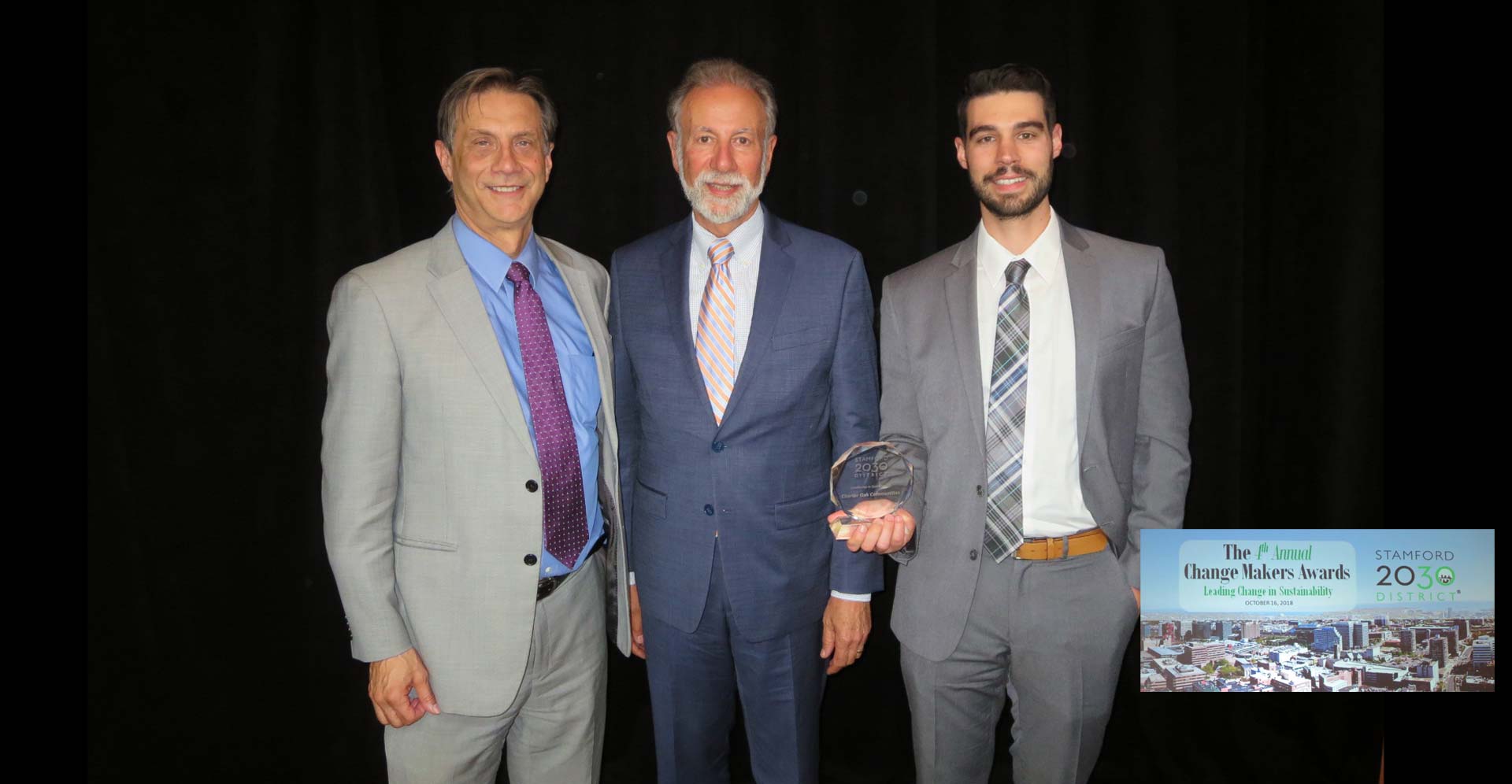 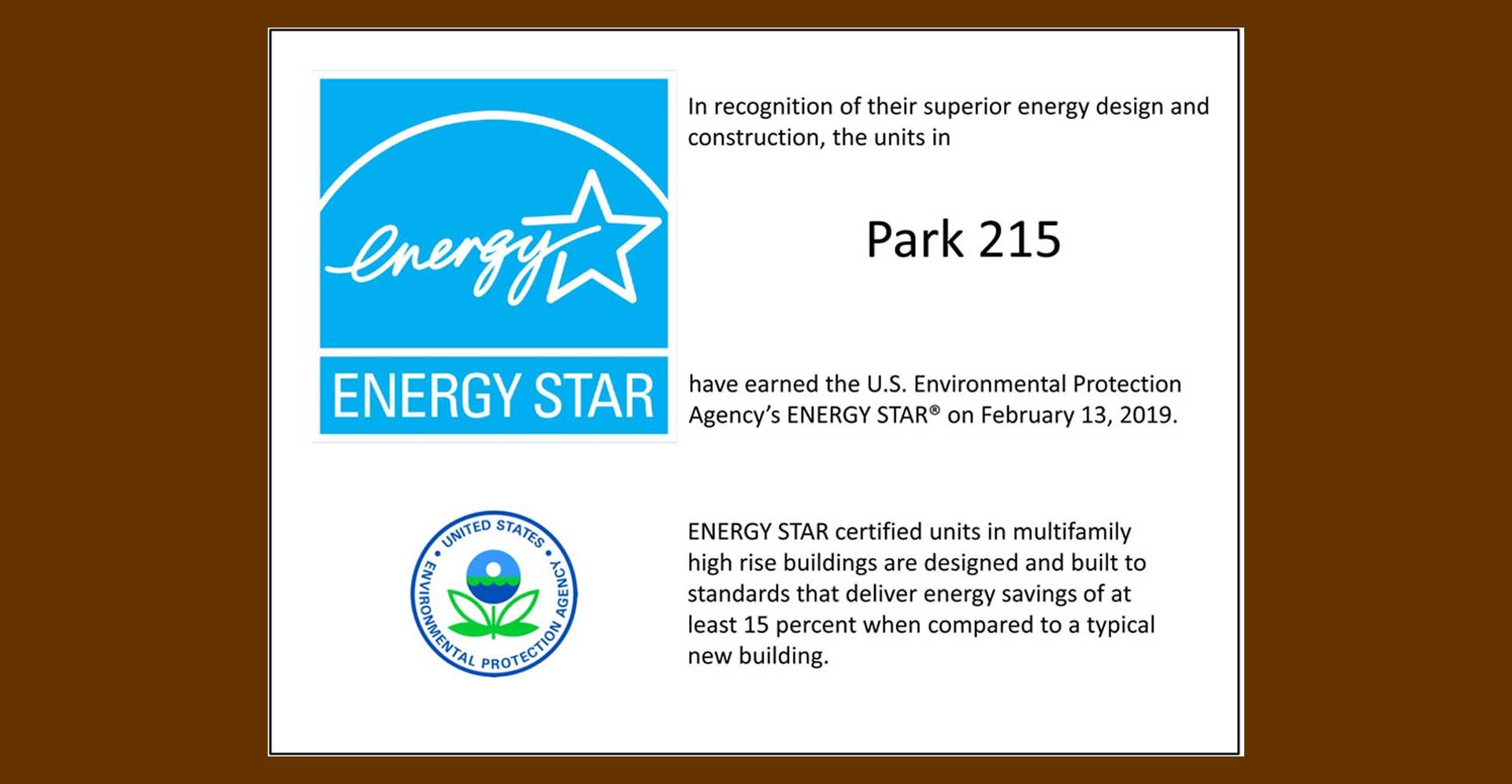 In 2014, Kenneth Boroson Architects was retained by Rippowam Corporation, the development arm of Charter Oak Communities (the Housing Authority of the City of Stamford), to develop Park 215, a new six-story, mixed-income residence, as part of the 5-phase, $135 million revitalization of the Vidal Court community.

The former Vidal Court consisted of 216 rental units in a high-rise structure located in the vicinity of Stamford Hospital. Due to physical deficiencies, environmental hazards, and lack of accessible units, it was demolished in 2013 and is being reconstructed in phases. It will ultimately include 360 dwellings at the completion of all five phases.

Read More...
The building’s lower level includes community spaces and management offices, and opens to a courtyard for residents. The four upper floors contain 78 dwellings of one- and two-bedroom units. Approximately 60% are subsidized and 40% are market rate.

Various physicians’ offices occupy the street level of Park 215. Along with its close proximity to Stamford Hospital, this offers easy access to the public as well as tenants.

The sloping topography of the site allows tenant parking at the lower level. Behind the building, a parking deck at street level accommodates commercial parking.

In 2018, Charter Oak Communities was named a "Change Maker" for Park 215, an award given annually by the Stamford 2030 District for high-efficiency buildings. In 2019, Park 215 earned Energy Star Certification.

Type:
New construction, Energy Star Certified; honored as a “Change Maker” in 2018 by the Stamford 2030 District for construction of high-efficiency buildings